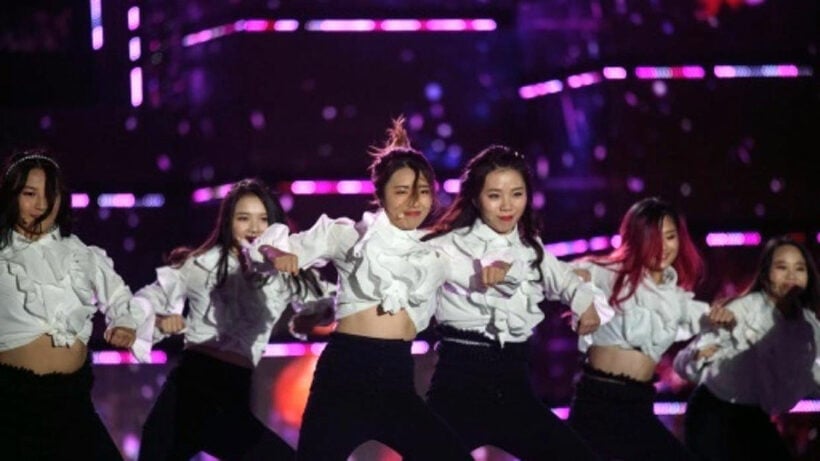 On the streets, in parks and garages, seven Cuban youngsters spent seven months practising K-pop moves to secure a spot on their dream stage: an appearance in South Korea to imitate their idols. 13 final teams from 80 countries are competing in the 2019 event.

At the grandly titled and government-funded Changwon K-pop World Festival contestants from around the globe perform imitation dances or sing cover versions of the genre’s biggest hits, with thousands of fans cheering them on.

In terms of global heft, South Korea is overshadowed by its much larger neighbours China and Japan, but the event is a way for Seoul to derive soft power from one of the country’s biggest cultural exports. In terms of pop-power, South Korea’s K-Pop is now a recognised world-wide music phenomenon with bands like BTS and Blackpink figuring amongst the other big-hitters on the Billboard charts and outselling their western counterparts with millions of albums and downloads. 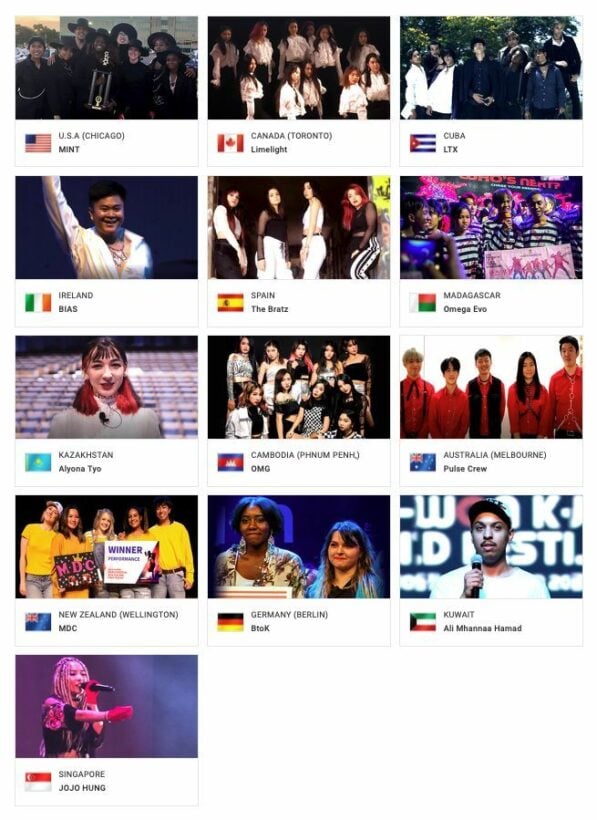 Finalists for this year

Cuba’s Communist government is one of North Korea’s few remaining allies: when President Miguel Diaz-Canel, successor to the Castro brothers Fidel and Raul, visited Pyongyang last November he was only the third foreign head of state to do so since leader Kim Jong Un inherited power in 2011.

But rather than geopolitics, Havana performer Karel Rodriguez Diaz – whose mannerisms and sleek hairstyle could easily be mistaken for those of a K-pop star – is more motivated by high-tempo beats and superslick dance moves.

“We never had a place with a mirror or a choreographer who could teach us the steps” but they kept on practising, he said.

His team-mate Elio Gonzalez added: “We are so excited to represent not just Cuba but also the whole of Latin America.”

Some 6,400 teams from more than 80 countries entered the competition, according to organisers, with 13 groups from places as diverse as Kuwait and Madagascar winning through to the final in Changwon, where they appeared on stage waving their national flags.

“This is like watching the Olympics, a K-pop Olympics,” said the event’s host Lia, a member of K-pop group ITZY.

K-pop – along with K-drama soap operas – has been one of South Korea’s most successful cultural exports to date. A key part of the “Korean Wave” which has swept Asia and beyond in the last 20 years, the K-pop industry is now estimated to be worth $5 billion, with boyband BTS its latest high-profile exponent, becoming the world’s most successful band in the past 12 months, selling out stadium concerts within minutes, around the world.

The South Korean government has financed a variety of K-pop themed events in what CedarBough Saeji, a visiting professor at Indiana University Bloomington in the US, said was a form of long-term “soft power diplomacy”.

“When you are covering you get to ‘become’ those idols for the three and a half minutes of the song,” she said, adding that performers will go so far as matching their clothing, accessories and hairstyle to their heroes and heroines.

“The cover dancers of today will be diplomats, news reporters, and business leaders in forty years,” she went on.

“And hopefully they’ll still have a soft spot in their heart for Korea. Korea can’t win the world through hard power – armies, economic bullying – but with soft power even a small country like Korea has a chance.”

“The West, especially the United States, has been so dominant culturally for so long, and having a different cultural pole to look to provides hope that one’s own country can experience similar success in the future.”

Be who you want

Beneath its glitz and glamour, the K-pop industry is also known for its cutthroat competition, a lack of privacy, online bullying and relentless public pressure to maintain a wholesome image at all times and at any cost.

Sulli, a popular K-pop star and former child actress who had long been the target of abusive online comments was found dead on Monday, with her death sending shockwaves through fans around the world.

“I think a day where (people) would be ashamed of the K-show business will surely come,” a South Korean online user wrote in the wake of the star’s death.

“I think an industry that makes money by (making people) sing, dance, undergo plastic surgeries and go on a diet to please the gaze of others since they are teenagers should really go bankcrupt.”

But for Kenny Pham, a finalist from the US at last week’s contest, K-pop’s diversity – with some tunes having dark themes, while others were “cute” or sensual – is what gives him a sense of liberation.

“I like how expressive you could be,” the 19 year old told AFP last week.

“I feel like it’s a place where you could show the passion you have for music, dance or fashion. No one is bashing you for what your likes are.”

Saudi Arabia eases visa restrictions for US and European visitors