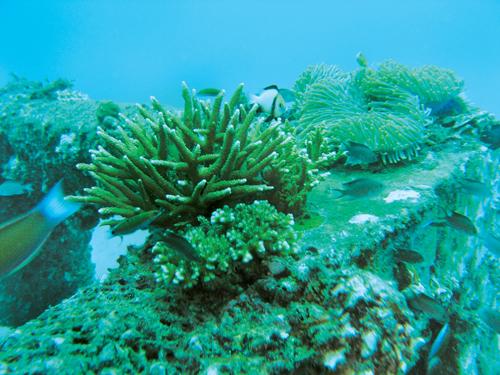 PHUKET: Corporate social responsibility (CSR) has a long-standing and ill-fated tradition of stopping at the low-tide mark. For mountain resorts in the French Alps, which do not rely on what is beneath the ocean surface to draw guests, such an oversight is understandable. However, the trend of CSR projects not safeguarding heavily threatened marine systems, such as the coral reefs surrounding Phuket and Phi Phi, will lead to the downfall of these areas, said Zeavola General Manager Florian Hallermann.

“If the corals are gone, the island will be eroded and in the end we will be gone. So my plan is actually for self preservation, because I love this island and I love to work here,” Mr Hallermann said.

“By looking after the coral and educating people on how important the corals are, I do hope we can make a difference, and basically keep on living here and being successful.”

CSR has evolved significantly since the term was coined in 1953 by Howard Bown in Social Responsibility as Businessmen. The evolution has not been a smooth one, as many critics on both sides of the fence see CSR as either harmful divergence of a business’s resources from its essential role in the economy, or as a preemptive attempt of corporations to avoid stricter regulations enforced by government watchdogs.

Nonetheless, the widely cited article published in 2000 in Strategic Management Journal by McWilliams and Siegel demonstrates that CSR, when properly modeled, has a neutral impact on financial outcomes – costing corporations little to nothing, but offering long-term benefits to its stakeholders.

For Mr Hallermann, a primary stakeholder on Phi Phi Island is the Sea Gypsy population, who have been living among the islands off the Thai Andaman coast for centuries.

“I see the Sea gypsies using the coral reefs as a source for their protein and their food. The more I got involved with coral reefs, the more I understood about how important they are for the ecosystem of Phi Phi Island,” Mr Hallermann said.

In an effort of both self preservation and the preservation of essential stakeholders, Zeavola launched its project “Coral Freedom” last month.

The project plan for 2013 relies heavily on supporting the efforts of the Department of Marine and Coastal Resources (DMCR), Phuket Marine Biological Center (PMBC) and the work of Andrew Hewett from the Adventure Club.

The DMCR and Andrew Hewett established coral nurseries in the waters off Phi Phi and an artificial reef “Viking Cave” in 2006. Despite drastic setbacks caused by coral bleaching in 2010, they have continued to foster the conservation of corals in the area.

“I know how hard the PMBC and other individuals, such as Andrew from Adventure Club, have been working over the last seven years. I think if we can get more individuals together, we can create a dynamic where more hotels will get involved,” said Mr Hallermann.

Zeavola, home to a PADI Green Star dive center, will join up with those currently working on coral conservation projects and help maintain the mid-water coral nurseries, as well as the seabed nurseries, Zeavola’s Activities Manager Cian O’Fearghail explained.

In addition to the hands on efforts in the project, Zeavola pledged to focus on educating staff, guests and the local community about sustainable marine practices.

“The seminar [we have put together] will be given to all our staff members in Thai and it will be given to all my long-tail captains because we actively live from the coral reef and we are actively out their with our guests,” Mr Hallermann said. “Additionally, we will be going to local elementary schools to teach the kids.”

“I would be happy to supply the seminar to other hotels if anyone else is interested. But we first need to clean our house, before enticing other people to follow us,” he said.

The last major goal outlined for 2013 was the establishment of mooring buoys for visiting yachts in Laem Thong.

“The earth does not care about us, the only things who care about us are ourselves, and usually in the terms of what is in our bank accounts. We don’t see below the low tide mark – I don’t know if we will make much of an impact, but for the little area in which we live and are successful, I want to give something back. I want to do something about it,” Mr Hallermann said.

Last Call – Digging my way down to China