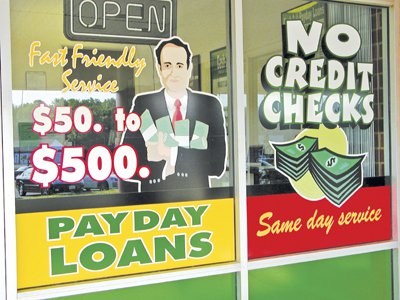 PHUKET: I recently began using a very interesting fund with retirees who need a steady income called Lavaux Capital, which is run out of the very well-regulated jurisdiction of Switzerland.

The managers have all been involved in trade finance for many years and basically specialize in bridge financing backed by insurance contracts. The fund pays 8% simple interest in quarterly distributions or you can take additional units so that the holding accumulates at something like an 8.25% compound rate.

This investment is totally uncorrelated to stock markets and does not rely on derivatives or things difficult for the average person to understand.

You may have noticed a trend in several of the funds I have written about in the last year.

That trend is short-term lending, backed by insurance contracts. There is a very big distinction between these kinds of funds and others in what is called the “asset-backed lending” space.

Many lending funds went horribly wrong in the credit crunch due to a combination of reasons.

One, is that the underlying assets were illiquid, such as property.

Another, is that when people all try to redeem at the same time, it is usually the worst possible environment to dump the assets needed to raise cash for redemption. As such, investors take a walloping.

The maximum term a loan made by Lavaux Capital will ever has is 120 days, whereas, most are 90 days or less. This fund manages its own liquidity by only allowing redemptions on a quarterly notice. Thus liquidity is essentially perfectly matched.

Even if all of the investors redeemed simultaneously, the loans would all come due at about the same time as the redemptions, and then a gate wouldn’t even need to be put up.

With other short-term asset backed lending funds, the gate would likely be very short term.

A fund where the asset backing the loans is property on the other hand, would have a serious predicament on its hands, and investors could either take a huge blow to their capital base or be stuck waiting nervously for years for their redemption proceeds.

Of course there is no such thing as “risk free”.

This fund has not been in existence for very long and thus there could be unforeseen problems.

The only way I can see it going wrong, short of fraud, is if all of their clients went bust at the same time, and then the major insurance companies such as Zürich would also go bust.

This would likely be the kind of Armageddon scenario where I think we’d be more worried about surviving the war than how our investments were doing.

It has been difficult to find safe yields for investors since the credit crunch, but a number of funds such as this have been stepping up and filling several needs at once.

Businesses need credit to survive and be able to trade; retirees need fixed income without worrying about market fluctuations; and insurance companies are in the business of taking on default risk for a price.