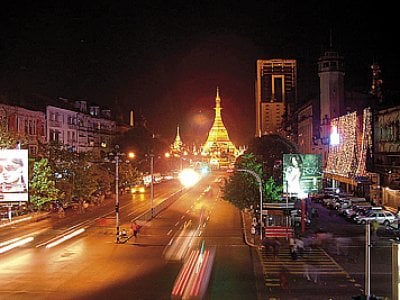 PHUKET: I remember as a young kid growing up in the US often seeing bumper stickers on cars with slogans about freeing Burma.

When I was I first planning to move to Phuket, Thailand I still had no idea where Burma was, as the maps now showed some country I had never heard of called “Myanmar” bordering the Kingdom to the west. The rate of recent positive developments in Burma has been staggering: democratic elections were held, an historic visit by Hillary Clinton took place and Aung San Suu Kyi is free and being allowed to run for parliament. I have been asked a lot recently about investment opportunities arising out of this situation.

The short answer is most likely yes, for sure there will be some. Unfortunately I have not seen any Myanmar funds offered just yet by any of the major fund houses. It may not be long until we see the first Burmese fund offered internationally though. I personally will be keeping a lookout for such a development, as getting in on a situation like this early is where the best returns are always made (imagine having invested in the Chinese markets a few years before the major bull market there initially took off). The other thing to take into serious consideration is the risk element, and any investment into Myanmar would need to be considered highly speculative.

You need to keep in mind that Burma has been quite defiantly isolated from the bulk of the world economically for an extremely long period of time. While the recent changes have come at a rapid pace, should the relationship with the rest of the world hit a snag it would not be a surprise to see the generals take control back and go into isolation for another 20 years before deciding to restart their current experiment. Obviously in that scenario any investment into the country whether directly or via a fund would no doubt go very pear shaped. You should always plan for the worst case scenario when making speculative investments.

My personal opinion is that the generals have finally figured out that by “going democratic” they will not really lose any significant power, but will go down in history as the ones who finally freed the country. Given the vast undeveloped resources of the country this will most likely lead to a period of rapid growth and huge increases in prosperity, which will further allow them to gain a lasting legacy with the people of the country. This scenario would obviously lead to the types of investment opportunities which do not come around every day.

If you have a speculative part of your portfolio waiting to be allocated, Myanmar may indeed be a situation worth monitoring very closely in the coming years. It is likely too early now, but I think that if the current trend continues a Myanmar themed fund is likely to be on the markets at some point in the not too distant future and may be one of the safest ways to participate in a coming boom in the country. Just please make sure you understand the highly speculative nature of such an allocation beforehand.

David Mayes MBA lives in Phuket and provides wealth management services to expatriates around the globe, specializing in UK pension transfers. He can be reached at 085-335-8573 or david.m@faramond.com.