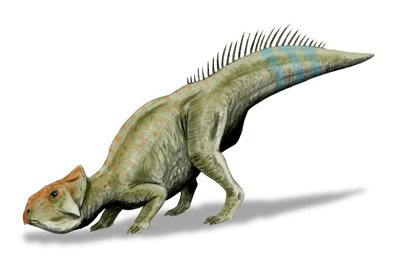 Scientists discover two new horned dinosaurs in North America
PHUKET (News Wires): Scientists at the Cleveland Museum of Natural History in Ohio have discovered two new plant-eating horned dinosaurs which lived between 75 to 83 million years ago, it was announced yesterday. The fossils were found in Canada.

The new species, Unescopceratops koppelhusae and Gryphoceratops morrisoni, are from the Leptoceratopsidae family of horned dinosaurs. The herbivores are believed to have lived during the Late Cretaceous period between 75 to 83 million years ago, the museum said.

Michael Ryan, the lead author of the research and curator of vertebrate paleontology at the museum, said the newly discovered dinosaurs fill important gaps in the evolutionary history of small-bodied horned dinosaurs that lack the large horns and frills of relatives such as Triceratops. “Although horned dinosaurs originated in Asia, our analysis suggests that leptoceratopsids radiated to North America and diversified here, since the new species, Gryphoceratops, is the earliest record of the group on this continent,” he said.

Unescopceratops koppelhusae, which lived approximately 75 million years ago, is measured about one to two meters (3.2 to 6.5 feet) in length and weighed less than 91 kilograms (200 pounds). It had a short frill extending from behind its head but did not have ornamentation on its skull, according to the museum. The dinosaur had a parrot-like beak and its teeth were lower and rounder than those of other leptoceratopsid. In addition, its hatchet-shaped jaw had a distinct portion of bone that projected below the jaw like a small chin.

The other dinosaur, Gryphoceratops morrisoni, lived approximately 83 million years ago and had a shorter and deeper jaw shape than any other leptoceratopsid. The first fossils of the dinosaur were discovered in 1950 in southern Alberta, and researchers believe the dinosaur did not exceed 1.5 meter (4.9 feet) in length, making it the smallest adult-sized horned dinosaur in North America and one of the smallest plant-eating dinosaurs ever discovered.

“Small-bodied dinosaurs are typically poorly represented in the fossil record, which is why fragmentary remains like these new leptoceratopsids can make a big contribution to our understanding of dinosaur ecology and evolution,” said David Evans, second author and associate curator of vertebrate palaeontology at the Royal Ontario Museum.