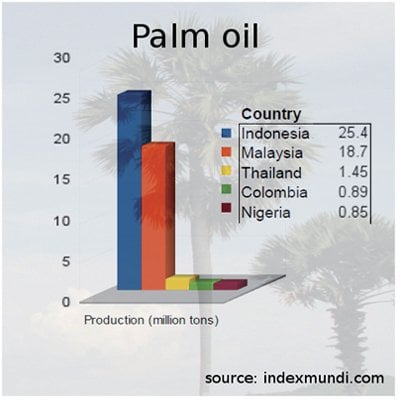 PHUKET: Agricultural development initiatives look to position Krabi province as a new regional and world hub for the production, supply and retail of palm oil.

When the Asean Free Trade Agreement (AFTA) comes into full effect by 2015, traders and merchants from Malaysia, Indonesia, the Philippines, Vietnam, Cambodia, Myanmar and Laos will enjoy tariff-free trading of most Asean-produced goods and commodities, including rubber and palm oil.

However, Thailand boasted the second highest annual growth rate of 12.58%, second only to Colombia (14.19%), while government backed initiatives seek to perpetuate this trend.

“However, the quality and quantity of our yields has suffered much, causing concern for competitiveness on the regional scale,” he added.

Mr Suban told the Phuket Gazette that Krabi is currently administering two separate budgets in order to improve its yield qualities and quantities, and thus increase its competitive advantage.

“We are training and educating local agriculturalists on how to maximize yield quality while minimizing base costs.

With the project into its third year, 20 Palm oil community centers, and another 180 substations, have been established across the province.

“We’re teaching farmers how to properly record, monitor and analyze the various production factors, from the compost, soil and leaves to the most efficient extraction methods.

“Before this project began, our yield output efficiency rate was at about 14%, but now it has gone up to 18% and we expect it to continue to increase,” he said.

Mr Suban added that the project is utilizing a budget of 10mn baht for the 2012 fiscal year, and in its first two years utilized 13mn and 6.5mn baht, respectively.

Starting this year, the government is supporting the development of 30,000 rai over a three year period in five southern provinces: Krabi, Trang, Satun, Surat Thani and Chumphon.

In the first year, Krabi will receive a budget of about 10.9mn baht to develop 5,500 rai, while the remaining 4,500 rai in the quota are for plantations in the other four provinces, Mr Suban said.

Mr Suban went on to explain that many plantations in Krabi and the region produce substandard yields due to the trees being beyond their 15 to 20 year life cycle.

“With older trees that produce very low yields, it’s difficult and expensive for farmers to make a living, let alone a profit,” he said.

In addition to the two projects mentioned, the Gazette was recently told that another palm oil development project is expected to be proposed to Thai cabinet members when they meet in Phuket on March 19 and 20.

That project proposal will be related to the promotion, development and full integration of the palm oil production and supply chain.

Phuket Business: Sansiri sales on the up