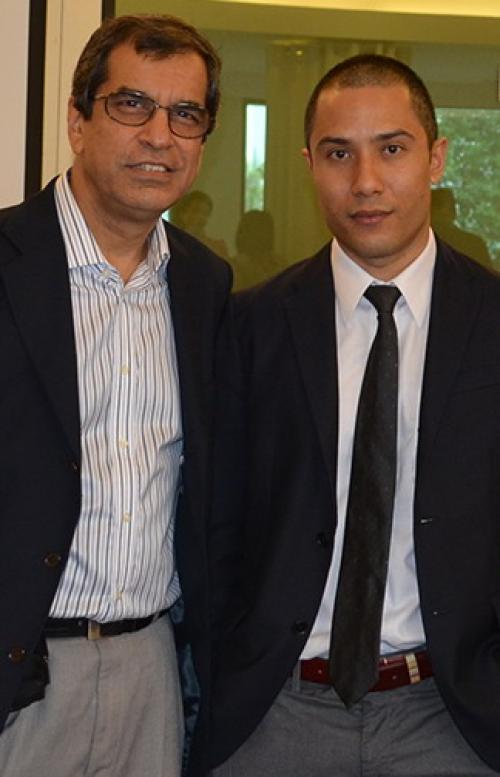 Thailand is a like a cunning cheer leader, a good looker, an easy date who cheats at her exams and gossips about her friends, but is perpetually popular despite her shortcomings.

These were just a few of the claims made at the latest PATA Thailand Chapter debate on January 30 entitled: “Is Thai Culture Good or Bad for the Development of Thailand’s Tourism Industry?”

The keynote speakers were Voranai Vanijaka and Imtiaz Muqbil – both outspoken but respected Thai journalists.

Voranai, a political columnist at the Bangkok Post and lecturer in journalism and mass media at Thammasat University, and Imtiaz, the executive editor of Travel Impact Newswire, debated the delicate subject in front of 50 travel industry professionals at the Chapter’s annual general meeting at a popular Bangkok hotel.

At the start of his speech, Voranai warned listeners that he would be saying things that some people would find offensive.

Bangkok is run by short-sighted leaders and is the victim poor planning, said Voranai.

The streets are festooned with vendors, prostitutes, robbers, stray dogs and their feces.

“But still the tourists come,” he exclaimed.

He likened tourists to abused wives. They are beaten, but still they come back. Why? For the most part, he said, because Thailand makes tourists feel safe, at ease, at home. Thais are generous. They will always smile and help you. They take your money and gossip about you afterwards, but at least they are friendly and helpful when you meet.

“There are few places that even give you that,” said Voranai, citing his own experiences in France and Germany.

“Thai culture is good for tourism,” he said. “Thais are a beautiful people, with a lot of skeletons in the closet – we can be had at an affordable price.”

Imtiaz Muqbil, a native of India and now a Thai national, said: “You could shut down all the travel associations, and still tourists would come because the travel industry in Thailand is very good at sweeping things under the carpet.”

Noting that Thai tourism authorities were “marketing geniuses, but management dunces,” he called for truth in tourism and for everyone to ponder five questions:
Are Thais as happy as they used to be?
What happened to the Songkran water festival?
Is Thai cuisine losing its quality as it goes global?
What is an ‘authentic’ experience?
[And in a majority Buddhist country] Do visitors get confused by Thailand’s nightlife and alcohol?

Imtiaz lamented the “clonal-isation” of Thailand typified by massive new retail outlets in the city center. However, there is still real and residual politeness, respect for guests and elders in Thailand that is unmatched, “with the possible sole exception of Bhutan,” he said.

The veteran travel journalist said that Thais should be prouder of their own brands. For example they produce great coffee, but instead imported coffee brands and coffee outlets are everywhere.

In the conflicted cultural space where tourism meets Thai culture, Voranai told the audience that there were two types of tourists that Thais don’t like: big groups of Chinese (“They are loud and annoying, but they are still welcome because we can take their money.”) and sex tourists – “but we’ll still take their money”.

For good measure, he noted that while the sex tourism taints the country’s image, it is “still a small industry compared to the domestic sex business [industry].”

He said the Thailand’s position was: “We want to take your money, but we don’t want a negative image.”

At the vote, the majority of the audience raised their hands to signify that yes, Thai culture is good for Thai tourism. But perhaps it was a moot point.

More pointedly, both speakers identified paths ahead that they preferred.

Imtiaz said that there should be more attention paid to the idea of the “Sufficiency Economy” as advocated by the His Majesty the King. “It should be the driver of everything that we do.”

As comments and questions from the floor were aired, a Thai female travel industry professional, a mother to two daughters, stood and complained: “I hate to be a cheap date! Tell me, what is the way forward for Thailand to stop being a cheap date?”

She meant it. She was both vexed and proud.

Voranai told her: “Thailand needs more people like you, people who will say ‘no’. But to say it takes national effort – and for the government to step in.”

He said he was only a journalist, but PATA and others should “harangue and pressurize” the authorities.

“We should be priceless – nothing can buy us. But it’s up to us make it a reality.”

He added: “What we can become, is more important.”