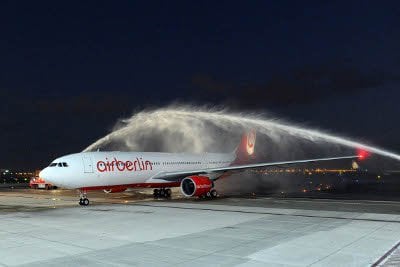 PHUKET: The new weekly direct flights between Phuket and Abu Dhabi, and on to Germany, launched last month by United Arab Emirates (UAE) national carrier Etihad Airways have transformed the UAE into a portal for European tourists traveling to and from Phuket and the rest of Asia.

The new service was launched on April 15 after Etihad inked a cooperation agreement with Air Berlin earlier this year.

“But with the new direct flights, we expect to have more Middle Eastern tourists traveling on this popular route,” he added.

“Phuket is one of the most popular destinations for people who travel to Thailand on our flights. Many Etihad passengers who land in Bangkok do not even stop over in Bangkok; they transit directly out from Suvarnabhumi Airport to Phuket with our code-share partner Bangkok Airways,” he said.

Passengers landing in Abu Dhabi can connect with Air Berlin flights to Dusseldorf, Berlin and Frankfurt.

To launch the new service, Etihad is offering discounted fares until the end of December, including Phuket to London return from 20,300 baht for economy class and 71,300 baht for business class.

Phuket business: What does the UK budget mean for British expats?