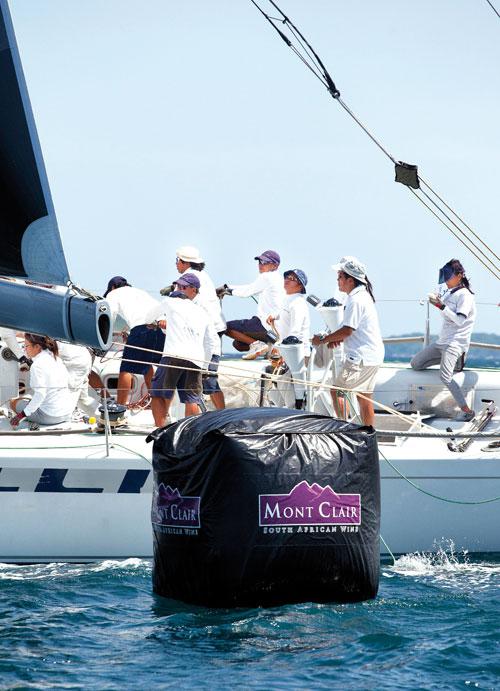 PHUKET: The popular wine brand, Mont Clair is to sponsor the Phuket King’s Cup Regatta for the sixth consecutive year following the popularity of its wines during previous race years. Mont Clair South African Wine products will be available for all guests, as sailors, spectators, VIP attendees, media guests and sponsors relax and party to live entertainment amid an expected crowd of over 1,500 people.

Mont Clair has been a dedicated supporter of the Phuket King’s Cup Regatta since 2008, and uses this unique platform to grow the reputation and awareness of its imported South African wines in Phuket and internationally.

Daniel Schwalb, Commercial Director of Siam Winery said: “The Phuket King’s Cup Regatta is one of our most significant sponsorship programs of the year as it attracts such wide attention across the region. In addition to being recognized as one of the world’s premier sailing cups, the revelry and beachside fun make it a hit with its lively night-time crowds.”

“We are pleased to be able to provide top quality Mont Clair wines for our guests, and we look forward to this year’s Regatta being the most successful in the competition’s history.”

As a principal fixture on the Asian Yachting Circuit, the Phuket King’s Cup Regatta under Royal Patronage annually features upwards of 100 boats, ranging from high tech to live-aboard ocean cruisers, multihulls and classics.

“We are delighted to have them involved as our sponsor again for 2013,” he added.

Siam Winery is Southeast Asia’s largest winery and is equipped with the best equipment imported from Europe. The winery has won a number of international awards for its wines.

Protect yourself from cyber-crime – Phuket Business