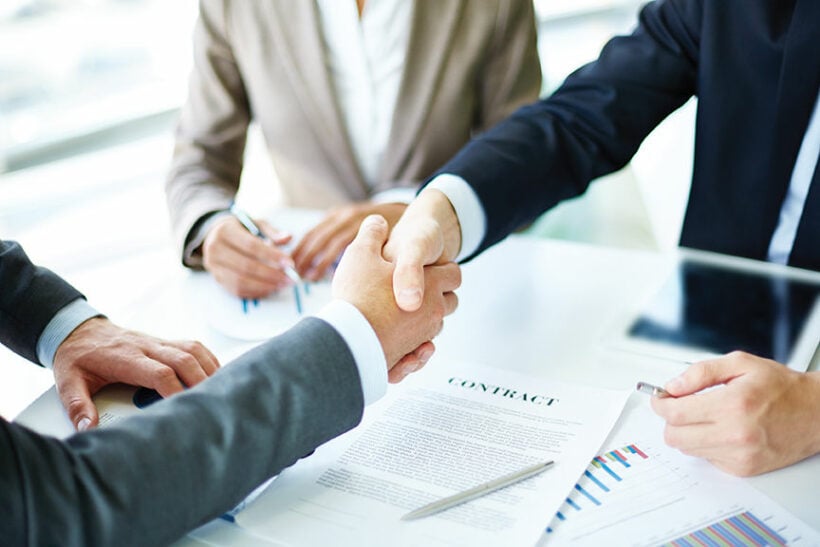 “The Thai economy has continued to see an upward trend in recent years, with a steady and sustained increase in overseas business…”

The pay and benefits packages of expats in Thailand has seen a major increase, with the overall package of an average overseas worker increasing by US$27,917, according to a new survey.

“The Thai economy has continued to see an upward trend in recent years, with a steady and sustained increase in overseas business, and consequently expatriate workers, to the nation.”

“In the strengthened demand for expatriate-standard accommodation has, in turn, resulted in higher wages and benefits as increasing numbers of higher-skilled employees move to Thailand.”

When considering the cost of an expatriate package, companies need to factor in three main elements: the cash salary, benefits – such as accommodation, international schools, utilities or cars – and tax.

Meanwhile, Japan is no longer the most expensive location in the world to send expatriates, after being overtaken in the rankings by the UK.

“Despite an increase of over US$30,000 to the average expatriate pay package from 2017, Japan has dropped back into second place in our rankings after overtaking the UK in 2017. Although sending a mid-level overseas employee to Japan would now amount to US$386,451, the cost is still US$35,347 behind the total cost of sending an expatriate to the UK.

“Although the overall cost of the pay package for an expatriate in Japan increased by an average of 8.5 per cent in 2018, Japan would most likely have remained at the top of the rankings if not for the significant rise in accommodation costs in the UK last year,” added Quane.

The pay and benefits package of an expatriate living and working in China saw a significant rebound last year, after falling in 2017. The average package is now valued at US$310,204 – an increase of over US$33,000. This pushes China up one place in the rankings to the third position.

Quane said: “Expatriates in China have seen a big jump after a bad year in 2017, which saw the value of the average package drop in all areas. The Chinese yuan experienced a better year in 2018 due to a stronger economy and currency, and has resulted in a considerable improvement in the pay package for overseas workers in China.” 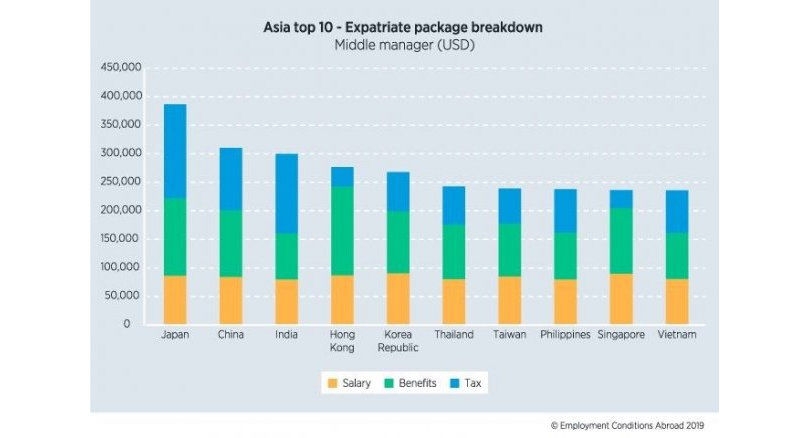