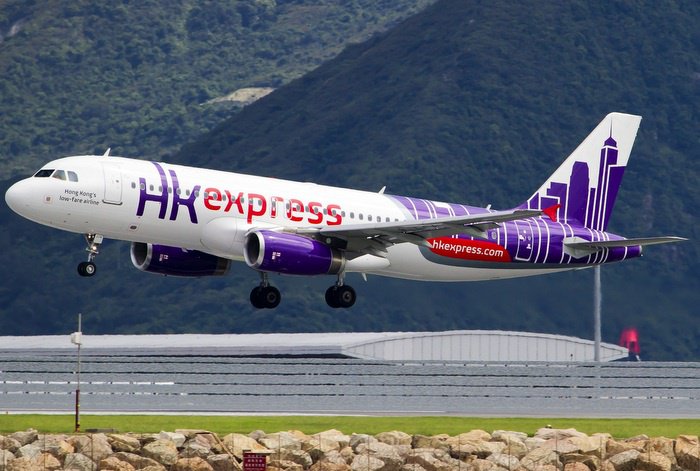 PHUKET: Hong Kong’s low-fare airline has seen significant first-quarter growth as it continues its campaign to woo both the Thai and expat markets in Phuket.

HK Express has carried close to 500,000 passengers in the first quarter of this year, which represents a 102 percent growth compared with the same period in 2014. The airline reports total passengers for March of 168,336, an increase of 96 percent over the same month last year.

“North Asia continued to be a key driver of growth for HK Express,” Andrew Cowen, HK Express CEO says. “The dramatic leap in passenger numbers attests to the success of our strategy to offer consistently affordable fares that make air travel accessible to everyone.

“However, the company has recognized Phuket as one of the top tourist destinations in Asia, and I am hoping to have both locals and visitors to Phuket make the short leap to or from Hong Kong on one of the airlines’ Airbus A320s.”

“Phuket is one of Asia’s top tourist destinations where millions of international visitors visit or stay each year,” says Atthawut Kumpitak, HK Express sales and marketing manager. “Moreover, apart from Bangkok, Phuket has a large potential number of outbound Thai tourists, for whom Hong Kong is a dream destination.”

The company has daily flights between Phuket and Hong Kong, and no plans to decrease frequency in the near future.

“Hong Kong is an exciting destination and one can’t help but fall in love with the city when surveying it from the shores of iconic Victoria Harbour, looking out over the impressive skyline that frames it,” Mr Atthawut said. “The lush mountains surrounding the city offer a contrast in landscape, and to view the city and harbor from these mountainous vantage points makes for some of the most fantastic views of any city in the world.”

“We expect to welcome mainly Thai nationals, as well as those long-stay and expat community residents, mainly in Phuket and the surrounding provinces, such as Phang Nga, Krabi and even Songklha and Hat Yai,” Mr Atthawut explained.