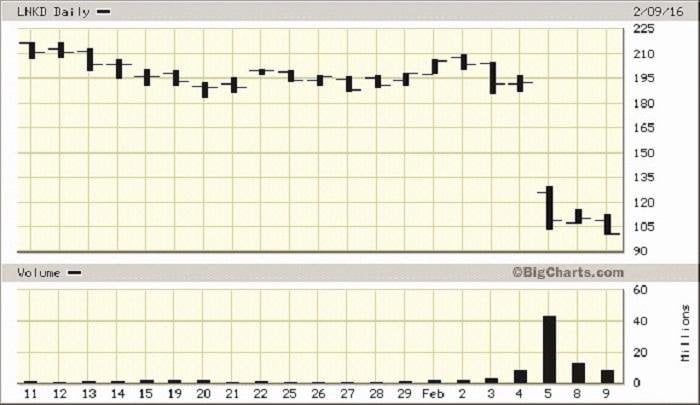 PHUKET: You would think the lessons learned in the dotcom bubble and subsequent crash would not be so quickly forgotten, but last year’s purchase by Facebook of the free smartphone app Whatsapp for 22 billion dollars was a very good reminder of how quickly we forget.

There is no reason to put your life savings at risk with individual stocks in the modern era of ETFs (exchange traded funds). Unless you are using money with which you can afford to gamble, you should always avoid technology stocks.

Whatsapp charges its users nothing. It has no real defensive competitive advantage other than ‘first mover’s advantage’. Yet, even in that, it really isn’t a first mover. Skype, Line and even Facebook allow you to do everything that Whatsapp does. They all do it for free. How is such a business model worth 22 billion dollars?

I can download the app for free and use it for free. I have never given Whatsapp a penny. Is this starting to sound like the dotcom era yet?

Now, a more important question is, ‘are we near the end of the hysteria over social media and apps?’

A very big warning sign, and a very good example of how dangerous these stocks are, appeared recently with a name you surely have heard. Linkedin is a social media company for professional networking.

Take a quick look at the chart above.

If you are not an expert at chart reading, I will summarize. in one day, the Linkedin share price dropped nearly 50 per cent, and at the time of writing it continues to drop.

Imagine having a sizeable position in this stock because, “social media is the future”.

One could argue that you should have been aware of the risk because its price to earnings ratio was even more out of touch with reality than the rest of the sector, but it’s all relative when we talk about overpriced companies.

Even though everybody knew e-commerce was going to revolutionize the way business is done, the money thrown into the companies in the late nineties and early 2000s went into business models that did not justify investment.

New technology will always be like this. People see the future value of the technology, but cannot distinguish between a good investment or good business model and a bad one.

The difference leaves you exposed to drops like the one you see in the chart. The broad market may crash, but when it recovers you will recover with it. Many of the dotcom businesses that were high flyers no longer exist.

What this would mean is that your investment declines to zero and then doesn’t go on to recover and reach new highs along with the broader market.

Investing in the stock market is risky enough even if you are diversified. There is no reason to add company-specific risk unless you truly have some risk capital to allocate.

Risk capital by definition is money that you can afford to lose in its entirety without your overall financial situation being altered significantly.

Warren Buffet is the best investor in modern times based on the only metric that matters – his cumulative long- term performance.

I don’t think it is a coincidence that he avoids technology stocks. Do yourself a favor and follow his lead.