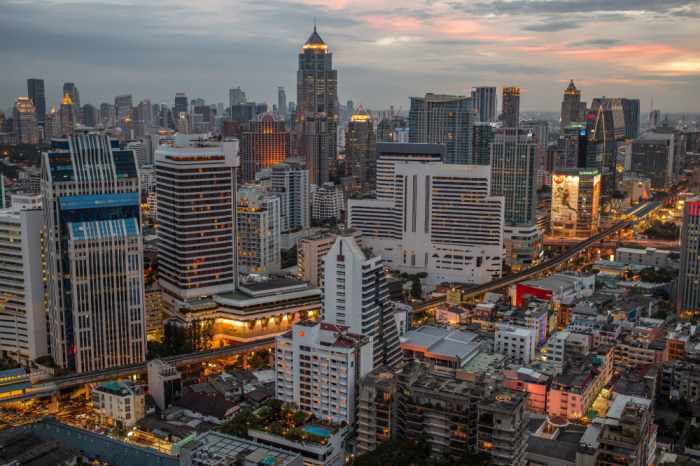 PHUKET: The change in government on May 22 seems to have occasioned a very different response from inside Thailand as compared with that of the world outside.

The coup may have delivered the coup de grâce to the political turmoil, which not only paralyzed public policy but also saw international investors accelerating their already significant sell-off of Thai assets. Foreign SET sales since January 2012 wiped out the balance of overall foreign purchases made in the previous six years.

This year alone, foreign investors have sold nearly 33 billion baht of equities on the SET more than they have purchased.

The SET has rallied strongly in the aftermath of May 22 as the foreign loss of confidence in Thailand has been offset by the return of local investors. In a recent note, UBS stated that it believed “pent up demand, combined with improved exports and an effective government will allow a recovery in growth into the second half of 2014.”

The note did exercise caution, however: it questioned where growth would come from and how the government would help this. It said that it expected a policy rate cut by the Bank of Thailand and that, with elections not likely for another year, the long run depends on the military government’s actions. The boost to growth was likely to come from private and state enterprises in the short term.

One of the Thai economy’s recent weaknesses has been a low level of demand, not helped by the termination of government-funded projects such as the first-buyer car scheme. The UBS report suggested that, because people didn’t spend in Q1 2014, a certain amount of demand is “pent up”. With that and its analysis of exports and the potential effect of government policy, UBS baseline scenario is that around 60 per cent of domestic demand could be reversed in the next two quarters. It envisages that this would translate into a real GDP growth rate of between five and six per cent in 2015.

Experts seem to agree that a lot depends on how helpful the military government is to the economy. As Adrian Dunn of The Brooker Group said at the inaugural BCCT-MBMG Insights event on June 10, the new government – officially the National Council for Peace and Order (NCPO) – seems to have learned from the mistakes of the military’s ponderous approach in 2006.

During his talk, Mr Dunn analyzed the economic measures taken by the new government so far – less than a month after having taken over. Decisions already made included fixing selected prices, reviewing fiscal spending and removing recently-imposed administrative impediments.

The latter of these measures is evidence that the government is attempting to speed up approval of infrastructure projects and foreign investment; therefore making doing business in Thailand easier, and in some cases cheaper.

Mr Dunn suggested that this is feasible as the government debt to GDP ratio is low, especially compared with G7 countries. He added that Thailand’s economy has avoided catastrophe thanks to the coup and that if the suggested policies are indeed implemented, the country will be in a great position to further capitalize on the modernization programs underway in the neighboring countries Laos, Myanmar, Vietnam and Cambodia.

At the same event, MBMG co-founder Paul Gambles mentioned that Thailand now faced three main challenges: addressing the political division; tackling the increasing private debt burden; and the slowing of global trade. The latter is of course outside Thailand’s hands and it is particularly precarious given its heavy dependence on the export market. Over the past 20 years, Thailand’s GDP growth pattern has been almost identical to that of its export volume.

With this in mind, Mr Gambles suggested that stock valuations on the SET are not unreasonable and fundamentals, such as the baht, are reasonable. That said, he felt that the country is not out of the political woods yet; there remains the debt legacy of the previous government’s stimulus policy and that global trade could weaken or even collapse in the not-too-distant future.

Hotel investment in Thailand likely to decline on AEC opening

Investment advisers: Whose side are they really on?