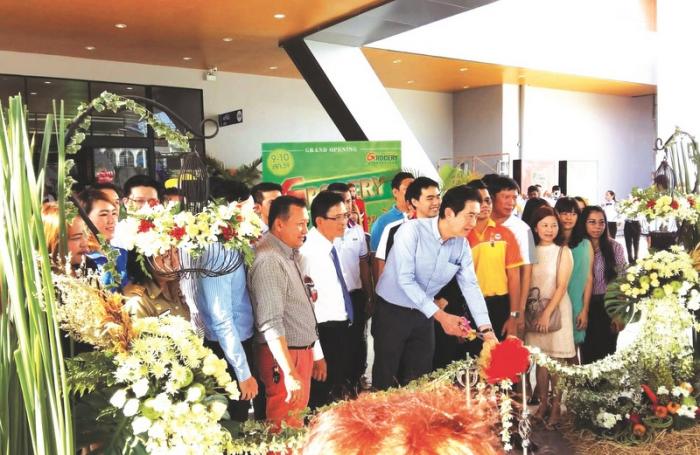 Chairman of the new retail outlet, Pornchai Chanchuwanichkul, said he hoped reasonable prices, air-conditioned comfort and a range of customer services in a convenient location would also attract shoppers to the new store, which is situated on Nimit Circle in Phuket Town.

Other services aimed at drawing new customers include a food court, a commercial shopping area with various other branded products, activity zones and a large parking area for customers.

In addition, the store has a customer service counter staffed by experts offering consultancy services for local entrepreneurs to help them establish small businesses.

Phuket Grocery was established with a 200-million-baht investment with the aim of attracting locals and foreigners with more variety than longer established outlets with satellite convenience stores such as Super Cheap – first opened in 1995, Big C and Tesco Lotus.

“Our food court brings in Chinese tourists, and we are closely working with a number of tour bus companies to increase the inflow of tourists,” she said.

In comparison, there are a total of seven Tesco Lotus stores in Phuket, seven Big C stores and over 50 Super Cheap stores.

“Phuket Grocery’s location in the center of Phuket Town is one of the store’s competitive strengths,” said Ms Sai.

“It means that locals will not have to face traffic like elsewhere to go out and purchase cheap items”.