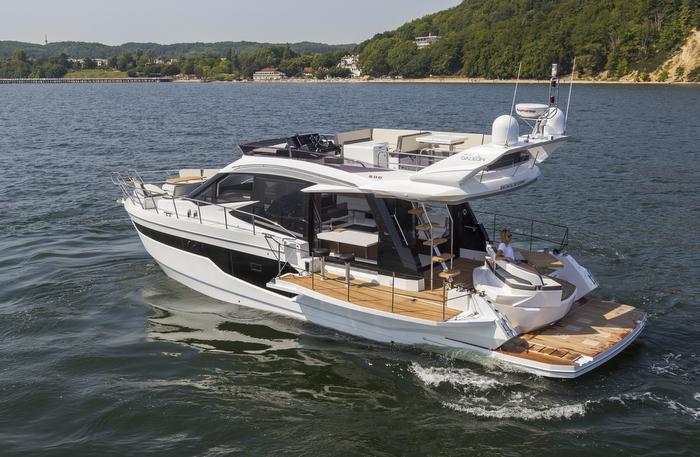 PHUKET: Asia Marine has been building, selling, chartering and managing yachts in Phuket for more than 25 years, and was voted ‘Best Asia based Yacht Charter Agent’ in the 2007 Asian Boating Awards.

In December last year, Asia Marine CEO Vincent Tabuteau took the company in a new direction by joining forces with Frenchman Eric Noyel, founder of Asia Marine Yacht Services (AMYS), which already has a strong foothold in the yachting markets of Hong Kong, the Philippines and Indonesia; specializing in motor yachts built by Numarine, Galeon and Hatteras.

“The motor yacht business is a new approach to yachting for me,” said Mr Tabuteau, who founded and launched Asia Marine Phuket in 1989.

Mr Tabuteau said he believed he and Mr Noyel were destined to meet. Both are French and have built businesses from their shared passion for the yachting industry.

“After meeting Eric Noyel and learning about his motor yacht business, it was clear our companies and individual areas of expertise were complementary,” said Mr Tabuteau.

“AMYS is a regional network. We deal in luxury yachts, and as Phuket is the Southeast Asian hub for yachting, we really had to have a presence here,” said Mr Noyel.

“Vincent has local knowledge and vast experience in the yacht charter business and the international charter broker network, which benefits us greatly as operators and managers of several luxury charter yachts in the Asia Pacific region,” he said.

The new luxury flybridge and hardtop motor yachts from Numarine include the sleek, eye-catching Numarine 78 Hardtop with three en-suite cabins and a loft-style saloon, which is on display at the Thailand Yacht Show at Ao Po Marina this weekend.

Other motor yachts from Numarine arriving in Hong Kong later this year are the Numarine 105 Hardtop and the Numarine 60 Flybridge.

The luxury leisure craft designed for cruising tropical waters features a unique ‘beach mode’ function, which extends the width of the cockpit to six meters by dropping down both the port and starboard sides.

The Galeon 500 leisure cruiser created a big buzz at the Cannes Boat Show last year and the first Galleon in Asia was ordered at the Phuket International Boat Show (PIMEX) in January. The motorboat is expected to arrive in Phuket in September.

Asia Marine Phuket has also expanded its line of sporty water toys with the addition of Lampuga jet-propelled surfboards, which are equipped with 15-horsepower electrical jet engines that can silently propel surfers through the water at up to 32 mph and cause no pollution. Five of these innovative electric surfboards are already in Phuket.

Stop by at the Asia Marine and AMYS booth at the Thailand Yacht Show to see the sleek new 78-ft motor yacht from Numarine and other luxury yachts at Ao Po Grand Marina, Feb 11-14.

Finance: Ups and downs in the price of oil