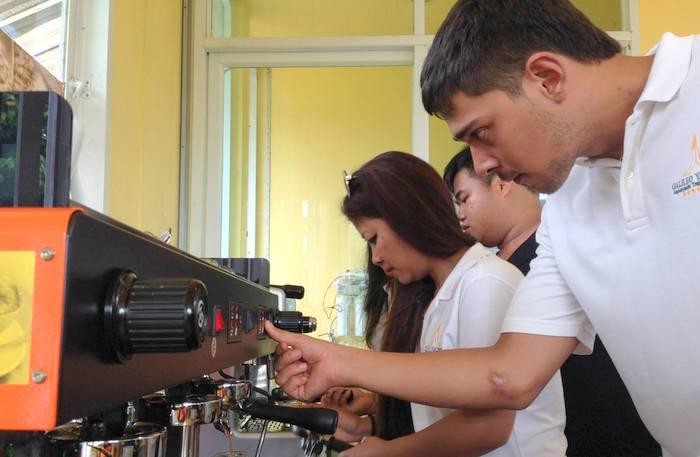 Founded in 2012 by Brian Murray, a career chief engineer in the British Royal Navy and a superyacht captain for 30 years, Galileo offers courses that combine skill sets from the hospitality trade to the skills needed for working as superyacht crew.

“The Thailand Yacht Show is a huge benefit, not only for our academy but also for Phuket, and Thailand in general,” said Arisara ‘Sana’ Pattaramalai, Galileo Maritime Academy’s marketing manager. “It’s like a domino effect. The Thailand Yacht Show will gather products to supply for the very high-end market. This will generate jobs, circulate income within the economy and educate people about the industry.”

Galileo has sent academy ambassadors to man their booth at the event’s venue – Ao Po Grand Marina – through this Sunday, February 14, and will be handing out prizes that include free training and scholarships.

“We train both Thai and foreign crew,” said Ms Sana. “We tested a campaign in December that was promoted on our Thai website and had close to 200 applicants interested in joining or knowing more about the industry and academy.”

Galileo Maritime Academy is currently the only academy of its kind in Asia that is directly accredited by the Maritime and Coastguard Agency of the UK government.

Galileos’s next entry-level training will begin on February 15, just after the Thailand Yacht Show wraps up, and run to February 29.