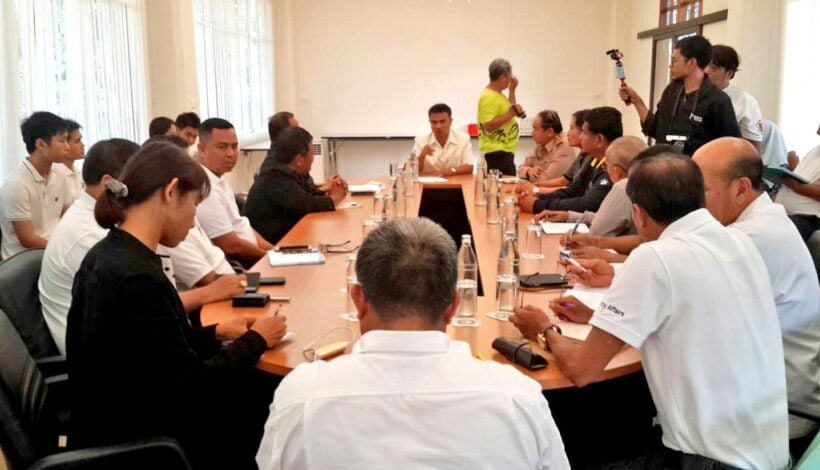 The Phuket Governor held a meeting yesterday (Saturday) bringing together all the beach lifeguard resources to prepare for the end of the lifeguard company contract which finished at 6.30 pm last night.

Several local officials from the areas across Phuket joined the meeting to finalise preparations to send beach guards to each beach on the island today.

The safety measures at each beach will combine the support from the officials from local OrBorTors, defence volunteers, Royal Thai Navy Area 3, police, beach front hotels’ lifeguards and some lifeguard volunteers from the same team as before. All will support each other in keeping the beaches safe until the OrBorJor(Phuket Municipality Office) is able to contract a lifeguard company to take over the services.

“After the OrBorJor announced the direct hiring of the lifeguards for 2 months at a wage of 14,000 Baht per month, there are about 30% – 40% of them applied from the same company so far. For the long term employment, we will have to discuss again,” said Governor Plodthong.

“During this short term of service, I would like to ensure everyone that our beaches are safe with lifeguard patrols continuing on the beaches. In each local administration office there are signs and equipment to enforce beach safety as well as at the OrBorJor office while we also organised some support from the beach business operators. There will be no gap from when the existing contract finished yesterday (Saturday) and there will be lifeguards on the beach as always. In addition, there will be patrol boats from the Royal Thai Navy Area 3 at each beach.” 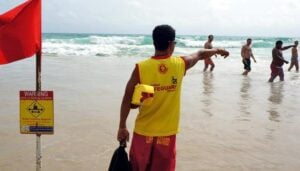