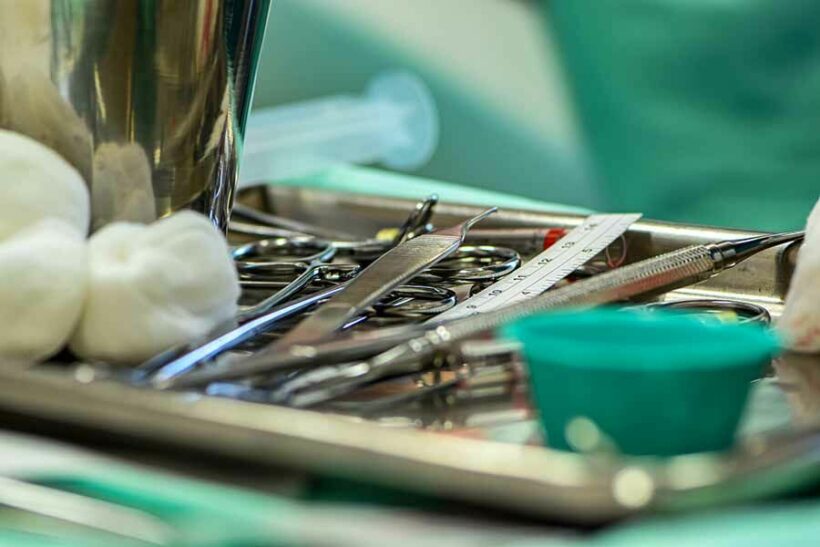 Police in Bangkok are questioning 2 medics and 4 other staff members after a patient allegedly died during liposuction surgery. 54 year old Saranpat Kanchanasuwan died at a clinic in the capital on Saturday. According to a Bangkok Post report, the woman’s 30 year old daughter, Aiyamin Itthiranant, says her mother wanted to remove fat from her back and had a number of consultations with various clinics and private hospitals. She chose the clinic in the Bang Kapi district because of its “satisfaction guaranteed” assurances.

The victim’s daughter says her mother booked an appointment for Saturday, asking Aiyamin to pick her up at 2pm after the surgery. Aiyamin says her brother then received a call from the clinic at around 1pm, in which he was advised of complications during surgery. When he asked for his mother to be transported to hospital, it’s understood staff at the clinic refused. Aiyamin says her mother’s life may have been saved if the clinic had arranged for her to be sent to hospital. It’s understood the clinic has 2 large hospitals nearby.

An autopsy has determined that Saranpat died from heart and respiratory failure. Aiyamin believes her mother may have suffered from an anaesthesia overdose and has filed a formal police complaint against a doctor, assistant doctor, and 4 staff members. Wichai Narong from Hua Mak police says the dead woman’s family members will be invited to provide statements.

Meanwhile, Thares Krussanairawiwong from the Department of Health Service Support says an initial inspection of the clinic has concluded that the equipment and surgery room are in satisfactory working condition and meet required standards. The clinic is still open, but could face a charge of operating outside the hours it’s licenced to do so.

Bars to reopen next week, “orange zones” must stop serving booze at 11pm