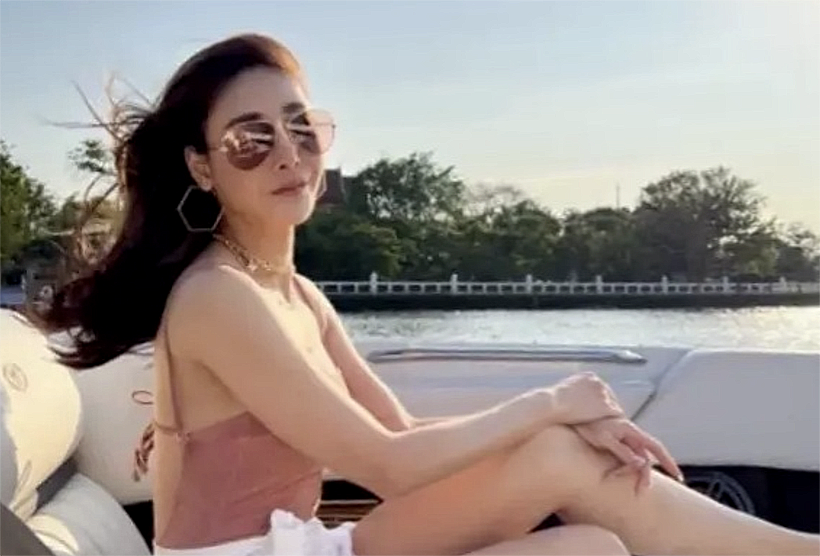 What really happened to Thailand’s Nida Patcharaveerapong, known lovingly by her fans as “Tangmo” (pronounced Daeng-moo) or “Watermelon,” who died last Thursday night after reportedly “falling” from a speedboat into the Chao Phraya River?

The Thai TV actress had starred in countless dramas and advertisements in her nearly 20 year career, living in the limelight since childhood. In 2007, a car accident marred her face and she underwent extensive plastic surgery to restore it.

Her troubled love life was the subject of constant social media debate, especially her marriage, divorce and subsequent attempted suicide. But despite her imperfections, her faith in God carried her through life’s storms.

First, here’s a recap of the facts, as we currently know them…

But for Thai readers, this story is full of more holes than a poorly maintained fishing net. As police continue the investigation — with a lie detector — her family and fans eagerly await the truth, for a bright light to dispel the murky shadows of the Thai entertainment industry and for justice to be served.

How did Tangmo die — really?

If Tangmo was really trying to pee when she fell off the back of the boat, then why was she wearing a body suit? How is it possible?

If Tangmo really fell in when trying to pee, then why is there a gash wound on her leg?

If she fell off the back of a moving boat, she likely hit the water without hitting the propeller. (Unless she clung to the hull of the boat near the motor when she fell, or the boat turned around and ran over her).

If there were five witnesses, how could they not see where she fell in the water or find her and and immediately provide assistance?

If she was a good swimmer from a young age, as her mother says, why could she not swim to the boat or swim to shore?

If Tangmo’s “friends” had really searched for an hour, as the say, after she “fell” from the boat, then why was her body found the next day not far from the place where she “fell” in the river?

Why did they walk calmly on the dock after the incident, as CCTV shows, and then disappear for nearly a whole day, before suddenly showing up together at the police station?

Tangmo’s manager removed the phone from the boat after the incident and then brought it with her to the police station the following day?

These are just a few of the questions about the shady circumstances surrounding the unfortunate and untimely death of Thai actress Tangmo, who drowned in the Chao Phraya River last Thursday, after she reportedly ‘fell’ from the stern of a speedboat when trying to relieve herself, so the story goes…

And then there’s her mother, Panida Sirayutthayothin, who says she doesn’t believe the story — that her daughter had joined a group of “friends” for dinner, then, because of a broken toilet, had fallen from the stern of the moving boat while trying to publicly pee, whilst wearing a body suit, and drowned in the river.

The mother speculates it was a photoshoot because her daughter had dressed up, but that she might have become an unwelcome guest on the boat, and that she may have been ostracised or thrown overboard. She wants to know if Tangmo was paid to be on the boat as part of her work, and if so, who had paid her.

Who can deny a mother’s intuition?

Was this another paid gig scenario arranged by her manager? Did someone try to take advantage of her on the boat? Was there a conflict among her and any other passengers? Did something go terribly wrong and they tried to cover it up? Who was the other woman?

In the latest development, the investigating police are going re-interrogate the five people who were on the boat with Tangmo, but this time they will use a lie detector. One person on the boat was also found to have their “coat torn”. Police are awaiting the results of an autopsy to help clarify the cause of her death and the wound on her leg, as well as the drug test results of the other passengers.

“The sun is set to rise again”, the 37 year old Christian actress wrote in her final post on Instagram. Now we can only hope that the bright light of truth will shine on her story and justice will be served. 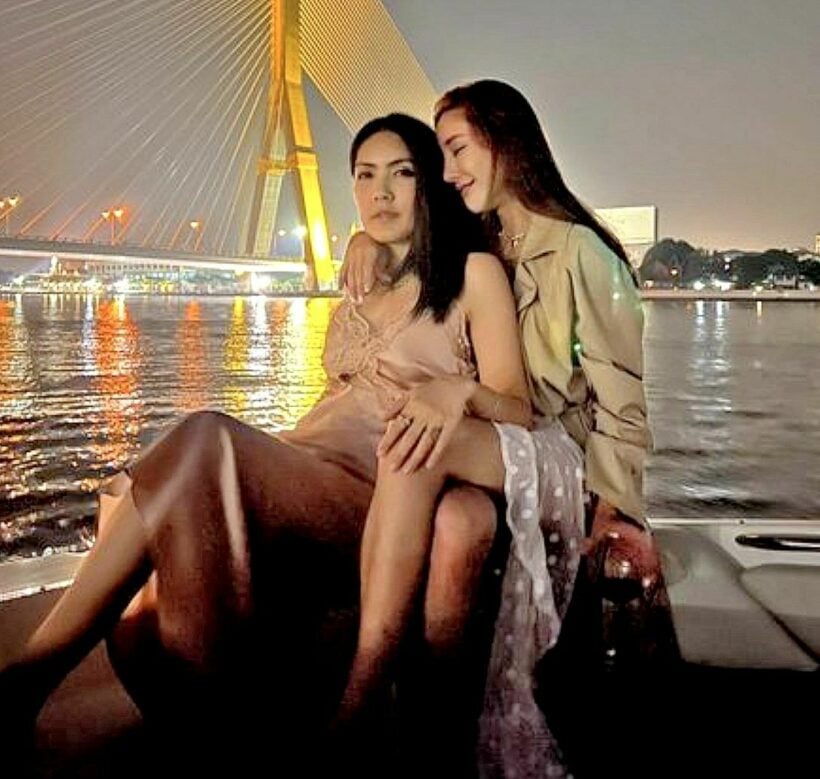 PHOTO: Tangmo with her manager “Gatick” on the night of the incident on the Chao Phraya River in Bangkok. The five witnesses say they couldn’t see where she fell because the water was dark, despite pictures such as this one showing otherwise. Credit: kittybo | Instagram

AndyVang
On 3/2/2022 at 6:29 PM, kalyan said: With all these circumstantial evidences and statements from mom, witnesses, etc.., are the police just going to avoid the fact that the most important evident of foul play (murder) was when the 5…
Lawyers_Guns_and_Money
On 2/27/2022 at 11:08 PM, Thaiger said: What really happened to Thailand’s Nida Patcharaveerapong, the Thai actress, known lovingly by her fans as “Tangmo” (pronounced Daang-moo) or “Watermelon,” who died last Thursday night after reportedly “falling” from a speedboat into…
ScottyP74
I think she of course fell off the back when the throttle put down but it was short enough that she has grabbed hold of the engine as went over ( poor darling ) then after being cut you would…

bushav8r
On 3/2/2022 at 6:28 PM, BillO said: If they were approaching the pier, why wouldn’t she just wait to get off the boat and pee at the toilet there? They don't have toilets at the piers.

bushav8r
On 3/2/2022 at 3:04 AM, Tim_Melb said: I think the point is that if she was wearing a full body suit then she would have to remove it from the top part of her body to then bunch the swimsuit…