No previous mental medical health problems have been identified for the man who released snakes on the road outside Central World in Bangkok yesterday.

The incident caused bedlam and stopped traffic outside Central World. A man, armed with a large knife, stopped his new black Mercedes right in the middle of the road. He then got out, posted some signs around the car and started releasing snakes out of a blue bag onto the road in front of the bewildered passersby.

Metropolitan Police revealed at a press conference that the man was 42 year old ‘Kanetpitsanuthep’ or Kanthapong Jakkrapopmahadaecha. He told police that he was worshipping as part of his beliefs in the Buddhism and Hindu religions. He says he received power from the sun (solar powered snake release). The man released two cobras during his impromptu demonstration yesterday.

The man had a mental health check this morning. If police determine that he doesn’t have any mental health issues, he will face charges of releasing garbage in a public area, carrying a knife in public without reason and blocking traffic. Releasing the two cobras didn’t appear to attract any particular conviction.

Kanetpitsanuthep told police that he was nervous as his mother has just passed away last year and that his sister had suffered from cancer. 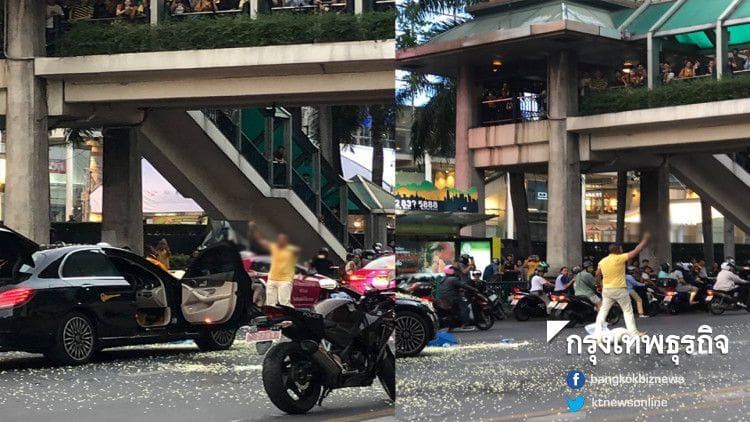