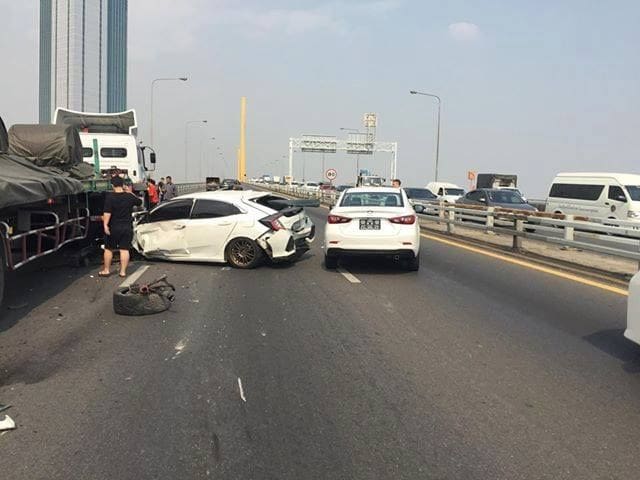 A trailer and truck has collided with a car on a highway in Bangkok today. Traffic Police say the incident blocked some parts of the road causing traffic to tail back for many kilometers.

FM 91 BKK reported that the truck-trailer had collided with a car on the Rama IX Bridge southbound causing traffic delays for several hours this morning. 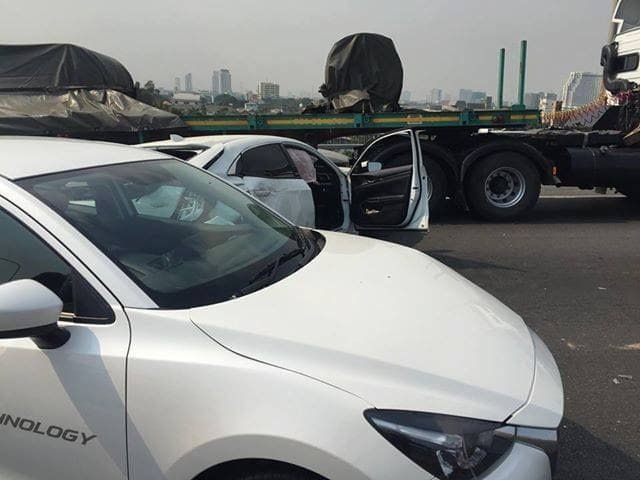 Car torching is ‘under investigation’