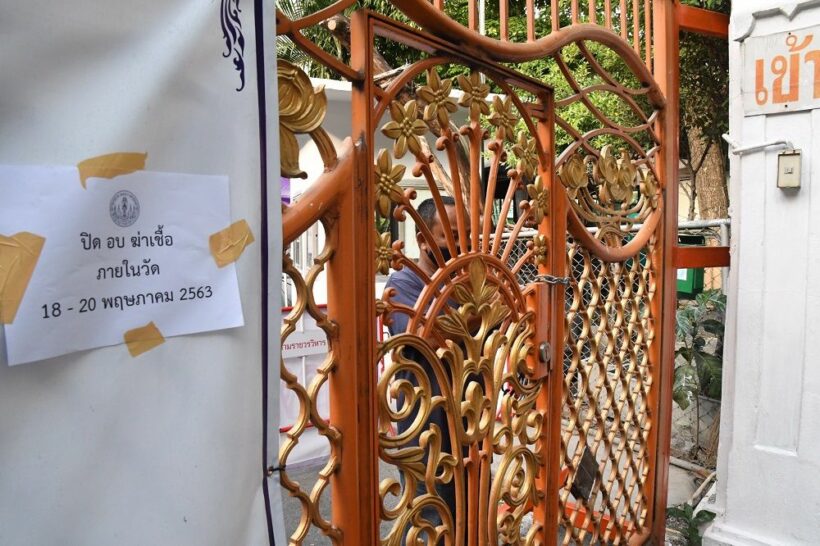 A Bangkok temple, where 6 people were shot and killed by the military during the 2010 “redshirt” political protests, has closed during the tragic event’s 10 year anniversary.

A sign was put in front of Wat Pathum Wanaram saying it was closed for “disinfection,” according to Khaosod. But many see the significance of the closure relating to the events a decade ago.

On May 19, 2010, 6 people taking refugee inside the temple were killed by soldiers. 5 of them were killed from troops who shot from the BTS skytrain rail track. 3 of the deceased were volunteer medics.

94 people were killed during the crackdown, and the Bangkok Posts says most of them were redshirt supporters. The Post says 7 soldiers and 2 foreign reporters were also killed in the violence. In 2013, the court found that 6 victims at the temple were shot by troops, but they were unable to identify the soldiers.