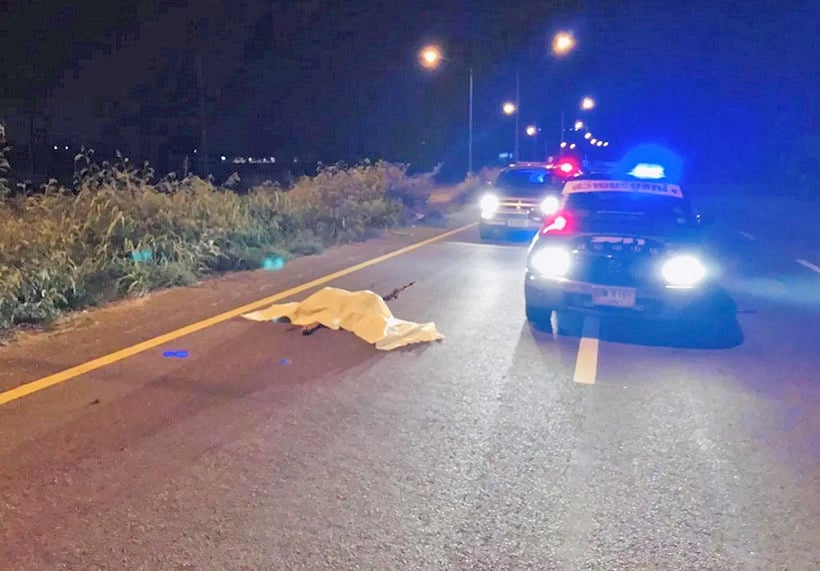 A hit-and-run incident early this morning has left an unidentified male pedestrian, believed to be Thai, dead in Chon Buri’s Banglamung district. Police were notified of the incident at around 12:30am

Authorities, emergency responders and The Pattaya News rushed to the scene to find the body of a man, believed to be Thai, estimated to be 35 -40 years old, on the road. No identification was found on him.

The incident occurred after the Thai national curfew which currently runs from 11pm to 4am daily, thus there were no witnesses. Banglamung police are seeking the driver, and have announced that there are working surveillance cameras in the area and they’ll be examining footage and collecting data to identify the vehicle.

A police spokesman told reporters that officials believe the suspect lives near the scene of the incident. They will be questioning local residents to learn whether anyone someone has gone missing overnight.