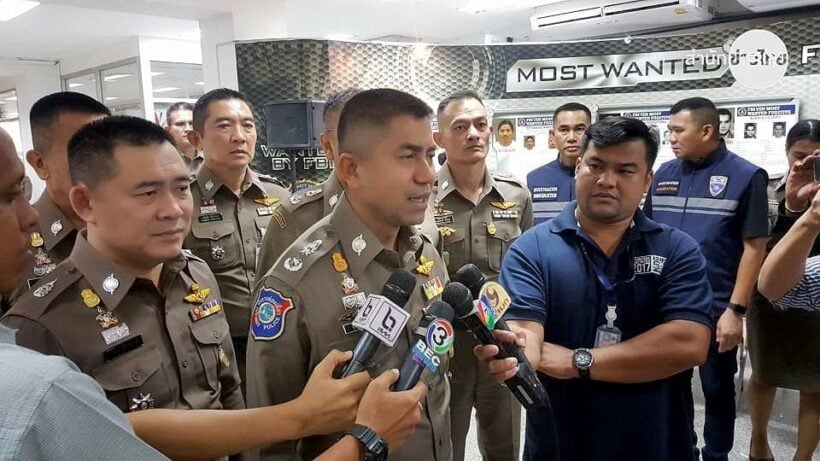 …but there was nothing to say from the man that’s had a lot to say in the past.

Surachate “Big Joke” Hakparn, you know, the guy who’s been in our news almost every day for the past year, has reported to the RTP HQ today, but soon after was seen leaving the building.

No talking to the media today, strange for a man that’s weaponised Thai media in the past 12 months with his almost daily naming, shaming and parading of miscreants.

He went to the Royal Thai Police office to report in for his new job after being side-lined by the National Police Chief quietly on Friday night.

It was the first time the RTP’s poster boy – who traversed the Kingdom arresting all sorts of overstayers, scammers and transnational criminals, and a few locals as well – had been seen since his demotion to work at the Bangkok HQ with ‘office duties’.

He has been shunted from his role as Chief of Immigration without any explanation. Today’s hasty departure from the RTP offices, without any comment, shed no new light on the mystery.