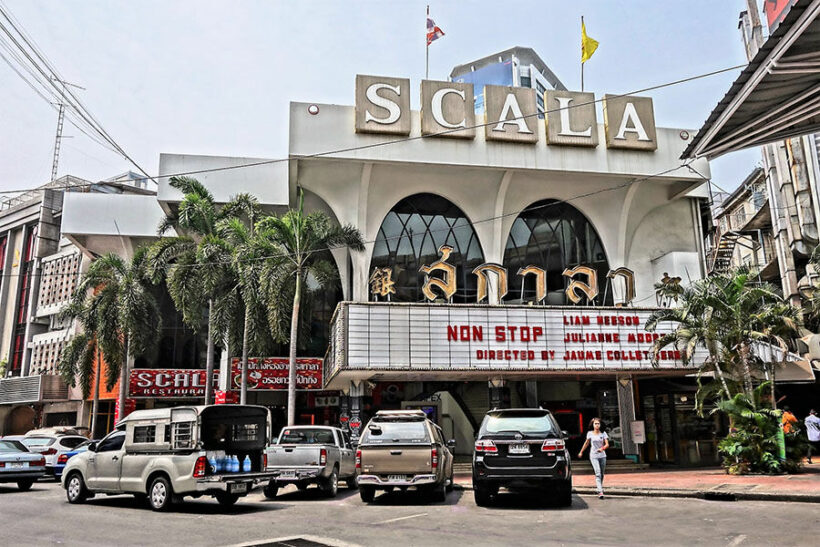 A campaign to save Bangkok’s iconic Scala Cinema and prevent its demolition to make way for a shopping centre is garnering significant online support. The Bangkok Post reports that many netizens are backing the campaign started by a student and his friends.

Netiwit Chotiphatphaisal launched the campaign following news that the Scala was to be demolished to make way for another Siam Square shopping centre. The cinema is widely regarded as one of Thailand’s grandest buildings but was forced to close forever in July of last year. Its predecessors, the Siam and the Lido, have already had to make way for shopping centres.

Social media users, including Yingcheep Atchanond from Internet Law Reform Dialogue, have taken to Twitter and other platforms to voice their support for the campaign to save the building.

“Totally agreed. We have too many shopping centres in this country, especially at Siam Square and Chula.”

Meanwhile, campaign orchestrator, Netiwit, led a group of students from Bangkok’s Chulalongkorn University, in a rally outside the Scala cinema. They are protesting plans by Central Pattana Plc to raze the old building in order to make space for a shopping centre. Banners held aloft by the students called for the cinema to be saved and converted into a public space.

“No more malls. Scala must be for everybody.”

According to the Bangkok Post report, the university’s property management division has selected Central Pattana to re-develop Scala for commercial use, but no other information has been provided by either party. Chulalongkorn students past and present have lambasted the facility for prioritising profit over the safeguarding of education and the community. A previous protest railed against plans to remove an historic shrine in order to build student dormitories.

Meanwhile, the Student Assembly of the Political Science Faculty has supported the campaign to convert Scala into a public space.

DoUKnowWhoIAm
15 minutes ago, Thaiger said: Scala was to be demolished to make way for another Siam Square shopping centre. How long before they put a big mall in the middle of Lumpini park, it will make a huge amount of… Kes
Seen quite a few movies there. Sad to see it go but progress.....demands yet another mall selling the same stuff as every other mall.  Consumers don't win as Bangkok already has enough/too many malls and another won't make the prices…

AussieBob
If those students care so much, then all they have to do is front up the money to restore and preserve what they think is worth the huge costs of restoring and preserving - not demand the Govt (taxpayers) pay…

AdvocatusDiaboli
On 9/13/2021 at 10:52 AM, Thaiger said: The Bangkok Post reports that many netizens are backing the campaign started by a student and his friends. Time for the schools to reopen, too much time on their hands.

Metaluna
The building is not that appealing. Much ado about nothing, here. SCALA is simply like  one of those overly adorned projection rooms from the early 70s. Don't know why they keep calling it an Art Deco structure. It's not, either…