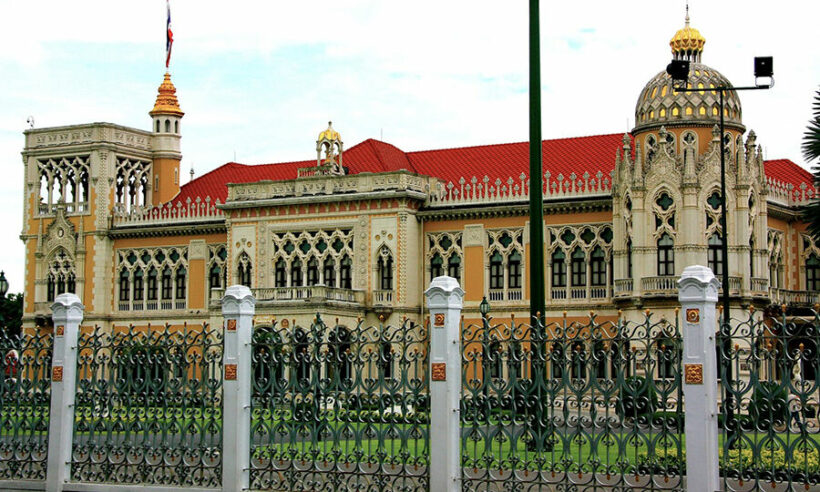 A Thai reporter who has been banned from Government House claims a police officer pointed a gun at her, 2 days before the run-in with the PM that led to her removal from the press gallery. Kamonthip Aungsakularporn found her access to Government House revoked after challenging PM Prayut Chan-o-cha over claims that Thailand was forcing Burmese refugees back over the border.

During her questioning, PM Prayuth Chan-o-cha appeared to take offence to her stance, as she had one of her feet pointing at him. He asked her to adjust her seating position and, within hours of the press conference ending, her access to the building was revoked. A government spokesman insists the reason she was barred was not related to the foot ‘cultural faux-pas’, but was instead a result of her criticism of working conditions at Government House.

It’s not the first time the PM has clashed with reporters during media briefings. At a press conference last month, he decided to evade some uncomfortable questions by spraying hand sanitiser at journalists as he casually strolled off the podium and out of the room. In 2014, he threw a banana peel at a camera crew after they asked him to face the camera.

Meanwhile, Kamonthip claims that 2 days before the clash with the PM, a police officer pointed a gun at her while she was covering a protest near Government House. According to a Coconuts report, the authorities were dispersing pro-democracy activists, when one officer raised a gun and pointed it at Kamonthip, ordering her to stop filming.

The reporter subsequently posted a recording of the incident to her Twitter feed. In the footage, she could be heard asking the police officer why she couldn’t record what was happening, and why the police were brandishing weapons at a peaceful protest. Kamonthip has since deleted her Twitter account following her run-in with the PM.

Meanwhile, she has been rebuked by the Thai Journalists Association, who accuse her of showing a lack of respect to her seniors. In Thailand, pointing ones foot at someone is a big no-no, although less so among the younger generation. In Thai culture, feet are viewed as unclean and offensive, meaning it’s considered very rude to point them at someone.

Reporter hospitalised with mystery illness after being bitten by monkey