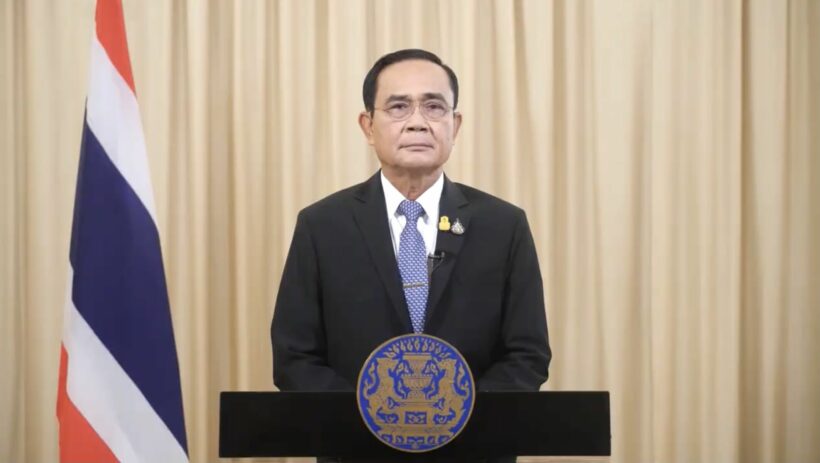 Controversy surrounds the banning of a female Thai reporter from Government House, with confusion whether she was banned for “inappropriate posture” or alleged disinformation in her reporting. The reporter for a Japanese news agency received the temporary ban after a press conference by PM Prayut Chan-o-cha on Tuesday. a spokesman from PM’s Office acknowledged the reporter’s “unbefitting body position” but claims it is not the reason for the banning. Instead, the Office pointed to what they called a distortion of facts regarding the work environment at Government House.

The offending pose? The reporter was sitting cross-legged with one leg raised a bit causing her foot to point at the podium. The position was noticed by PM Prayut who requested that the reporter shift her stance and sit in a different way. In Thai culture, feet are considered unclean and offensive, so raising your feet or pointing your feet at someone can be construed as “very rude” (in older Thais, less-so with younger Thais).

The Spokesman insists that, while they considered the foot positioning to be inappropriate, the real reason the reporter was banned was over her negative portrayal of the workplace at Government House. The reporter complained about this on social media, along with later comments bemoaning herself and other reporters being left waiting outside the building where the press conference was scheduled.

The chair of the committee of the Thai Journalists Association conceded that it’s common for modern women to sit cross-legged, Thai culture dictates respect towards seniority in clothing, stance and conduct, so the reporter should have been more respectful and mindful of PM Prayut.

While Thai authorities and the media have clashed frequently over bans and censorship, the confusion over whether this reporter was banned over the negative coverage of the Government House work environment or the offensive foot positioning makes this a unique reporter rebuke.