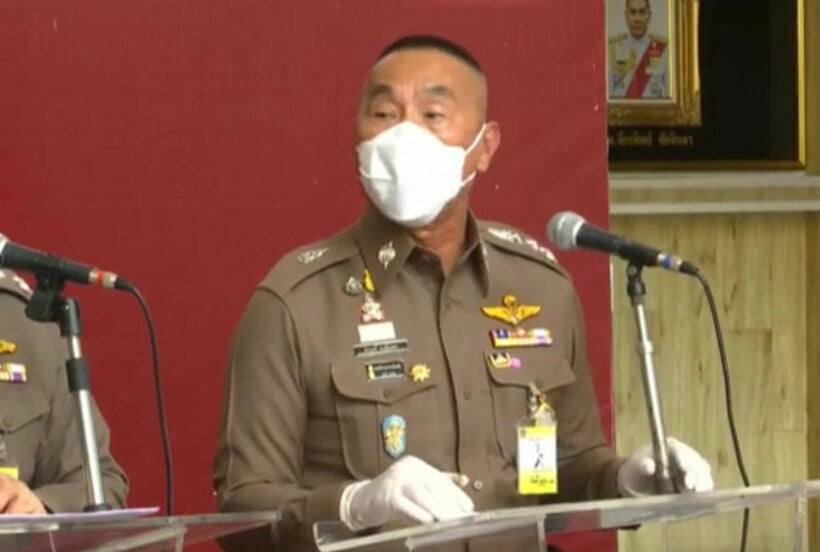 Police deny claims that live ammunition was shot at protesters last night outside Bangkok’s Din Daeng police station. A young protester was reportedly shot in the neck and critically injured outside the station, but officers held a press conference outside the Metropolitan Police Bureau today and said only rubber bullets were used to control the crowd.

The protester, who has yet to be identified and is said to be around 20 years old, is in a coma and being treated in the intensive care unit, according to a statement from Rajavithi Hospital. A bullet was found lodged in his brain stem and the shot caused a fracture in the cervical vertebrae, according to the hospital. The hospital did not specify what type of bullet was found, but police say it is a rubber bullet. Many on social media accused police of killing the protester.

The Thalu Fah pro-democracy group led the protest yesterday, marching from Victory Monument to the Government House, calling on PM Prayut Chan-o-cha to resign and accusing him of mishandling the Covid-19 crisis. A report from the Bangkok Post says tear gas was used on protesters who entered restricted areas outside the Government House. Later that evening, crowds made their way to the Din Daeng intersection and the police station.

Riot police have used water cannons, tear gas, and rubber bullets to break up crowds in major protests over the past year.

Stonker
8 minutes ago, gummy said: Already happened been shown in some Thai media outlets. No it hasn't - all that has been shown is reportedly from thai social media, repeated in Thai media.

Construction workers in Phuket must stay on site, get tested for Covid weekly