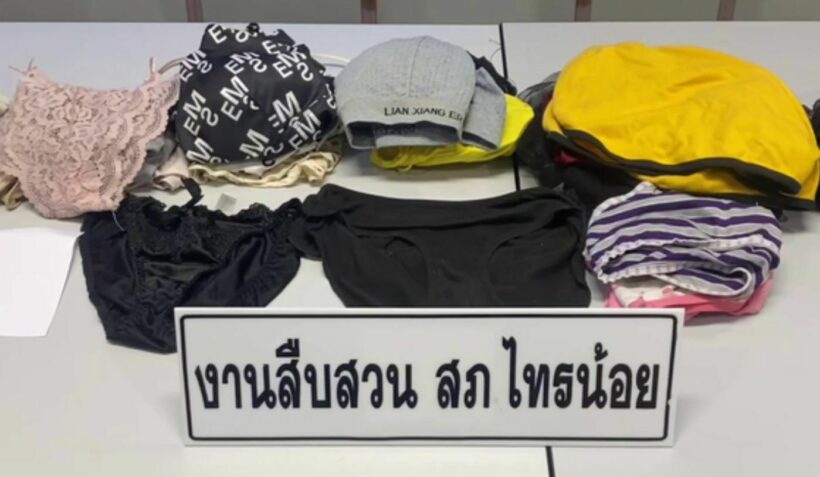 PHOTO: A Nonthaburi man has stolen 39 pairs of underwear to wear himself. (via Sanook)

In the Bangkok suburb of Nonthaburi, a local man has been apprehended by police for stealing women’s underwear, telling police that the 39 pairs that he had stolen he would wear himself. The 37-year old man was arrested on a warrant for burglary.

The man admitted to a string of thefts at night in a housing estate in Nonthaburi called Ban Preuksa 38. Police sent him for a mental health evaluation after taking him into custody where he admitted that he enjoyed wearing the stolen women’s underwear, though apparently responded to questions about his gender by stating he was not trans and merely enjoyed wearing the panties.

He issued an apology to the victims of his underwear theft and said that he never sold any of the panties that he had stolen and that any of the pairs that he simply did not like, he would just throw away.

Workers returning from provinces can get second, third vaccine doses in Bangkok