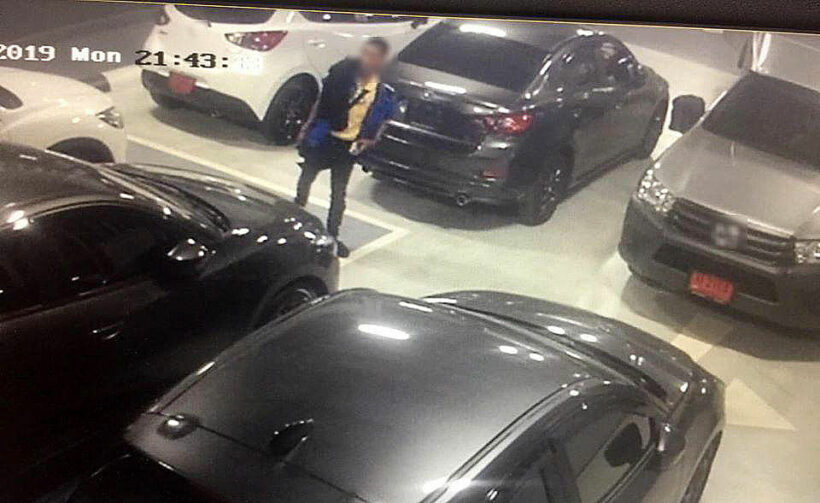 A woman has filed a police report at Huamak police station in Bangkok after her newly-purchased car was stolen from a service centre where she had dropped it off for repairs.

Thai Residents reports that the 27 year old woman, Nantawan, has also filed a complaint with the Office of the Consumer Protection Board. She claims she brought her car in for repairs at the service centre in Huamak and it went missing from there. The car still had the temporary red plate identifying it as a newly-purchased vehicle.

When Nantawan went to collect the car at the service centre, she was told it had already been picked up by an unidentified man who claimed he’d been sent by the “colour centre” (we presume that is a paint shop). It’s understood the man was not asked to produce any documentation to prove his identity or to indicate that he was authorised to collect the vehicle.

When the owner of the car contacted the colour centre in question, they informed her they had not sent anyone to pick up the car. She suspected the car had been stolen and contacted the service centre to see how they planned to take responsibility for allowing the theft to happen. She says the centre has promised to provide her with a new car, although she has yet to receive anything in writing to confirm this.

Meanwhile, the police have issued a summons for the person who picked up the car to report to them by December 6. If he fails to do so, an arrest warrant will be issued on charges of theft.