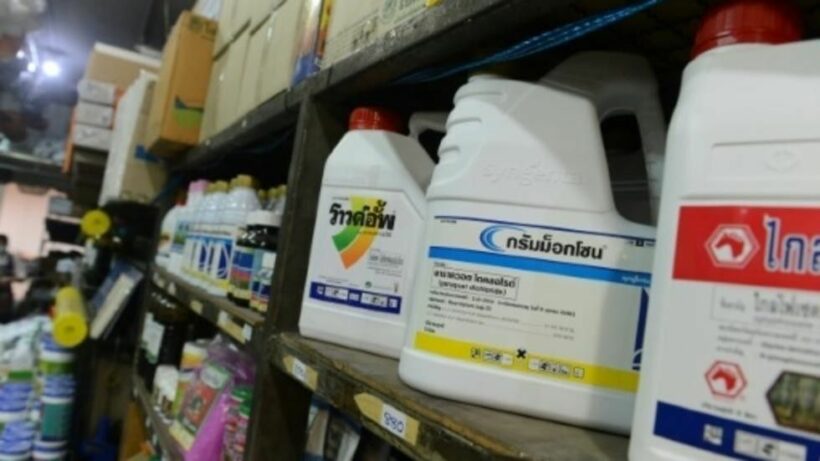 The Thai government will lift the proposed ban on the herbicide glyphosate, and delay the ban on paraquat and the pesticide chlorpyrifos for six months. It’s an astonishing turn of events given the extensive public debate and insistence by some government ministers that it WON’T reverse the ban under any circumstances. Just two days ago Public Health Minister Anutin Charnvirakul’s assured Thais “there would be no delay to the ban.”

The ban was due to take effect on December 1. The National Committee on Hazardous Substances committee that imposed the ban finished its term in October. Some of current members are new, others are legacy members.

The new committee chairman, Industry Minister Suriya Juangroongruangkit, says 24 of 29 members attended the last-minute meeting. The ‘new’ committee agreed unanimously to lift the ban on glyphosate and postpone the ban on chlorpyrifos and paraquat until June 1 next year.

For glyphosate (aka “Roundup”) the committee adopted a previous resolution to limit its use rather than banning it.

The Agriculture Ministry will work out how to deal with the impacts of the new decision within four months, including the issue of alternatives for paraquat and chlorpyrifos, according to Suriya.

Wednesday’s resolution was a blow to conservationists and health activists, who applauded the October resolution by the previous committee to ban all chemicals and

“The December 1 ban resolution came very soon after the October resolution, and would have had severe impacts that would reach consumers, because prices would rise.”

It also follows a request by the US for a review of the decision. Glyphosate is produced and marketed by American agro-chemical giant Monsanto, now owned by German global pharmaceutical company Bayer.