Trees have been brought down by heavy rain and local wind squalls around the Cape Phromthep, Chalong and Kata areas, where cars and a house have been damaged.

At 4.15pm yesterday trees fell on a residential house in Chalong. The house-owner escaped injuries.

At 4.20pm the Rawai Municipality was notified of another incident. Staffers headed to the scene where they found a damaged sedan in the car park at Cape Phromthep, on the southern-most point of the island.

Meanwhile in Kata, trees damaged two vehicles parked near a hotel. No injuries were reported in that incident. Today’s full forecast below… 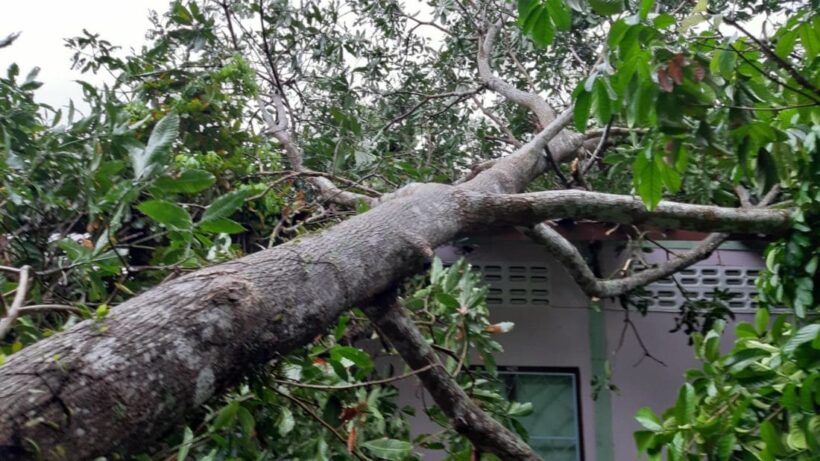 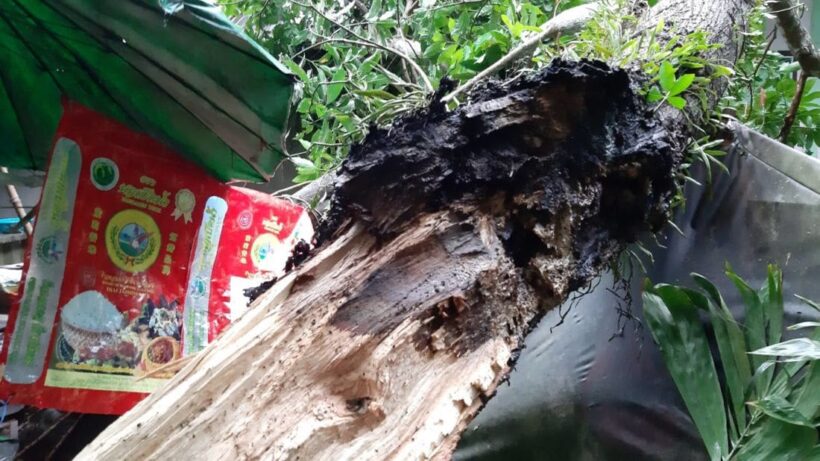 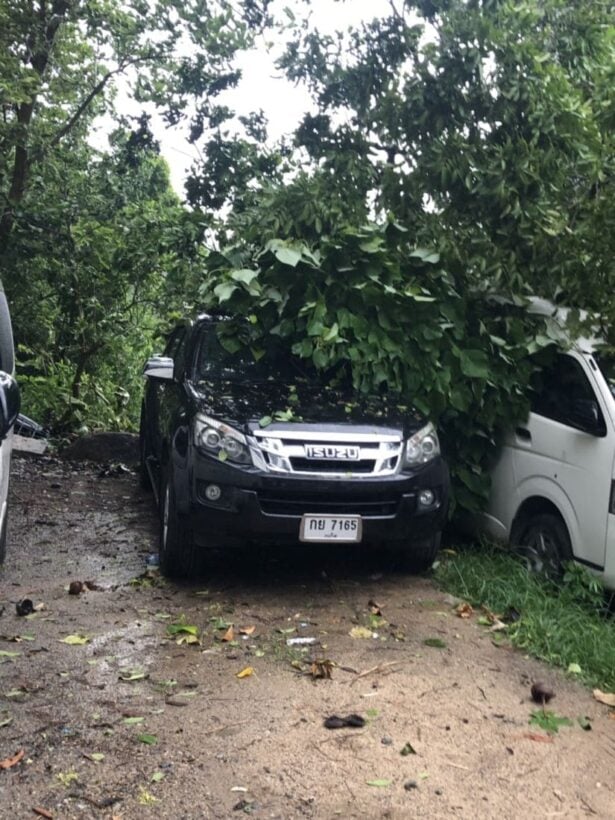