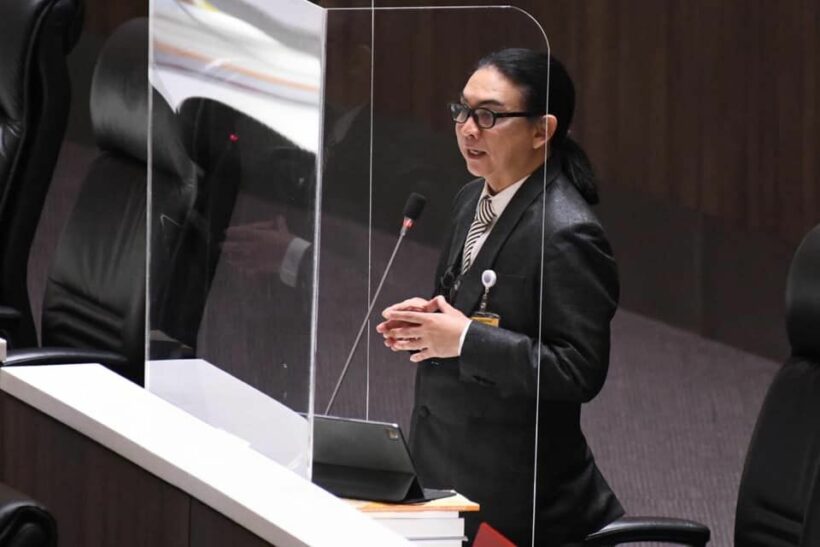 A politician from the Move Forward Party told Thai media that sex work could soon be decriminalised if their candidate wins the upcoming election for Bangkok governor. MP Thanyawaj Kamonwongwat says that if the candidate from the progressive political party is elected, they will review the Act of Prostitution and Protection of Service Providers and Act of Prevention and Suppression of Prostitution, revising the laws to decriminalise sex work.

Thanyawaj says Move Forward politicians aim to decriminalise sex work first in Bangkok, then use the same model in areas like Pattaya and Chiang Mai. This will ensure that both sex workers and their clients will be safe and ensure that this kind of business will be under the law that no one can take advantage of.

The Bangkok governor candidate from the Move Forward Party is Wiroj Lakkhanaadisorn who is also the party spokesperson. Wiroj hasn’t recently given a statement on the topic of legalising prostitution, but Thanyawaj claims his fellow party member will take steps toward decriminalisation. Apparently, the party also wrote a draft based off a prostitution law in Germany and the politicians now want public input.

While sex work is practised so openly in Thailand, it is still illegal. Thanyawaj argues that the underground industry allows some, even state authorities, to take advantage of those involved in the sex work business. Thanyawaj says he’s been doing research on the subject and says there’s a lot to be discussed including the rights of service providers, regulations on advertisements, and social welfare.

Lifeboat
Brilliant if they can control the pimps and bar owners who exploit the workers and customers
Shade_Wilder
"Thanyawaj says he’s been doing research on the subject and says there’s a lot to be discussed including the rights of service providers, regulations on advertisements, and social welfare." Further discussions include whether the girl will wear a 'Furry' costume,…