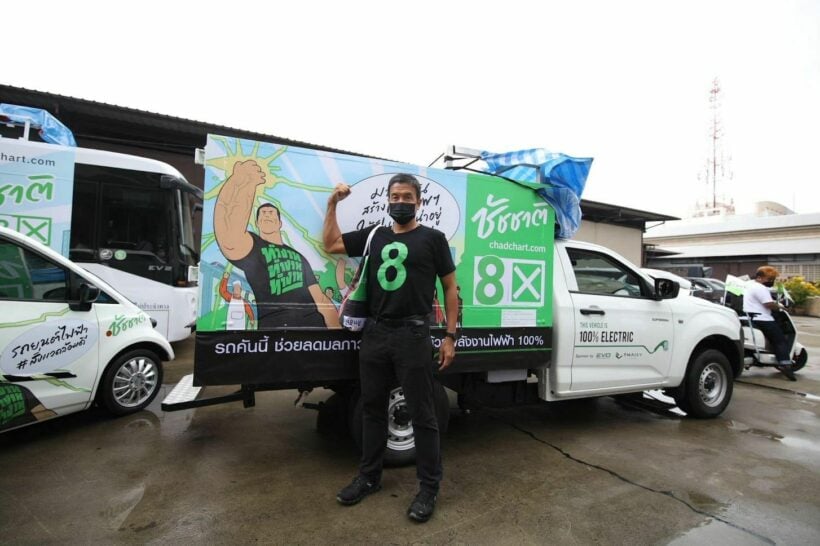 Yesterday, Bangkok held its first governor election in eight years. Independent candidate Chadchart Sittipunt won the vote by a landslide, gaining almost 1.4 million votes, breaking the record for the highest number of votes ever in a Bangkok gubernatorial election.

Over 50% of all actual voters voted for 55 year old Chadchart – candidate number 8 – who won a total of 1,386,215 votes. Runners up were miles behind, with Suchatvee Suwansawat from the Democratic Party coming in second place with 254,723 votes and Wiroj Lakkhana coming in third place with 254,938 votes.

Chadchart promised to treat everyone equally and said he will adapt any good policies introduced by other candidates. He said he will work with everyone, no matter their political affiliations.

“I’m ready to be everyone’s governor. Whether you voted for me or not, I will serve you equally. I wish for us to move forward together. People have different points of view, but please don’t get mad at each other.”

Prior to the election, Chadchart called Bangkok “a metropolis full of hope”…

“There are many good things here. Too bad that past events have tarnished its sparkle like an uncut diamond. I will play the role of a diamond cutter and make it shine bright again. Bangkok will become a place where every resident lives in harmony and happiness.”

Read about the political fallout from the new Governor’s election HERE.

Winning over 50% of the votes, Chadchart broke the record for the highest number of votes in a Bangkok election. The record was previously held by Sukhumbhand Paribatra who won 1.25 million votes in the election 9 years ago.

Prior to the election, Chadchart was a member of Thailand’s Pheu Thai party. He left the party in 2019 to begin preparing for the Bangkok governor election. During his campaign, Chadchart was supported by more than 10,000 volunteers, academics and experts from 50 districts in Bangkok, who contributed to more than 200 policy proposals.

Chadchart studied civil engineering at Chulalongkorn University in Bangkok and went on to receive an MA in engineering from Massachusetts Institute of Technology and a PhD from the University of Illinois Urbana-Champaign.

Runner-up Suchatvee Suwansawat from Thailand’s Democratic Party congratulated Chadchart for his win, and said he is willing to help if he can. Suchatvee urged Chadchart to fix Bangkok’s flooding issues using innovative and fresh ideas. He also suggested that Chadchart consider the proposed “free Wi-Fi policy,” which he believes could spur on Bangkok’s development.

Chadchart said the next 4 years will be a hopeful time in which people will make positive changes together. The election was fair and transparent, he added.