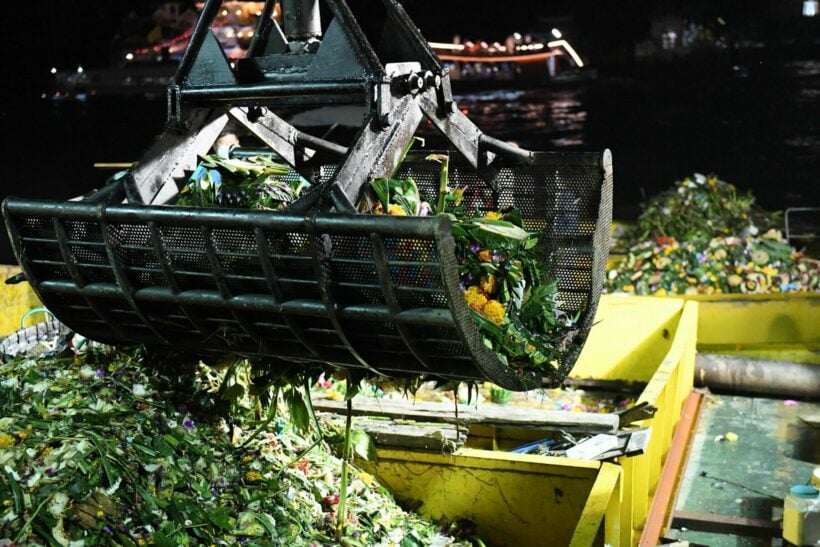 Under the full moon on Friday, Thais gathered by rivers and canals to float their intricately-made offerings, known as krathongs, to give thanks to the water goddess. But overnight garbage collectors in Bangkok quickly cleaned the waterways before sunrise, loading dump trucks with krathongs and other debris.

The Loy Krathong festival is a known as a popular tradition where Thais pray to the water goddess and float krathongs, which are typically made from banana tree stems and decorated with leaves, flowers, candles, and incense sticks. While the krathongs are an offering to the water goddess, many find the tradition contradictory as the offerings pollute the waterways and kill fish.

A Thai marine biologist who spoke with the Associated Press says a priority has been getting people to stop using Styrofoam to make krathongs.

A Greenpeace director for Thailand told AP reporters that people need to “revolutionise” the practice to allow waterways to restore and even krathongs made from natural materials can be damaging.

“We should not release any floats, because even if they are made from natural materials, the amount of them exceeds what rivers can naturally deal with… We depend on clean water for our livelihood and the aim of Loy Krathong should be to protect and rejuvenate our rivers without putting anything in them.”

While most krathongs are made from natural materials, like the banana tree stem and leaves, dozens of sharp pins are used to hold the leaf designs in place. Some Thais have made krathongs out of ice cream cones and bread for fish to eat, but the president of the Thailand Environment Institute argues that those can also be damaging. He told AP reporters than banana leaves are the most eco-friendly option as they can be collected and used to make fertiliser.

“If you float somewhere with no fish, those floats will cause pollution in the water. It is difficult to collect them, too, as the bread absorbs the water and sinks into the river.”

In Bangkok, thousands of krathongs were collected from Friday night to early Saturday morning. Photos show garage trucks packed with krathongs and debris. Bangkok governor Aswin Kwanmuang says that out of the 403,235 krathongs collected from waterways in the capital, 14,281 were made from Styrofoam. Nation Thailand says the krathongs made from organic materials will be sent to a fertiliser factory while the others will be sent to a landfill to be destroyed. 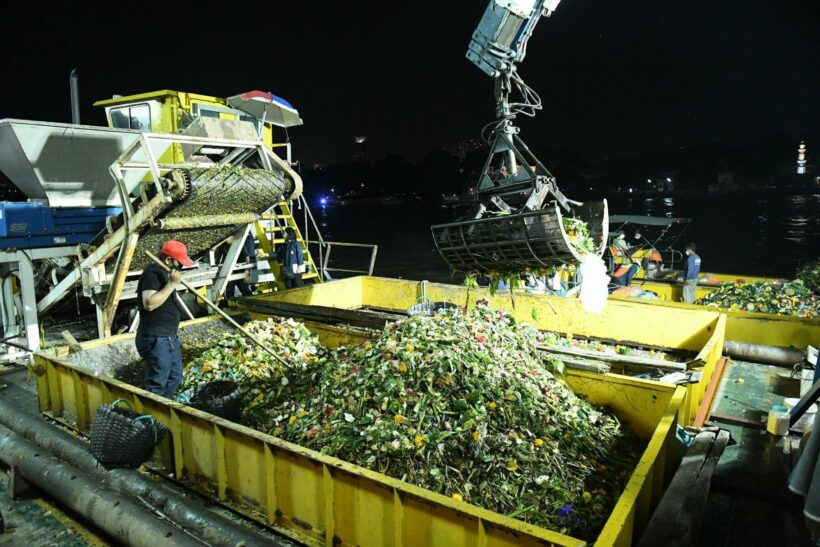 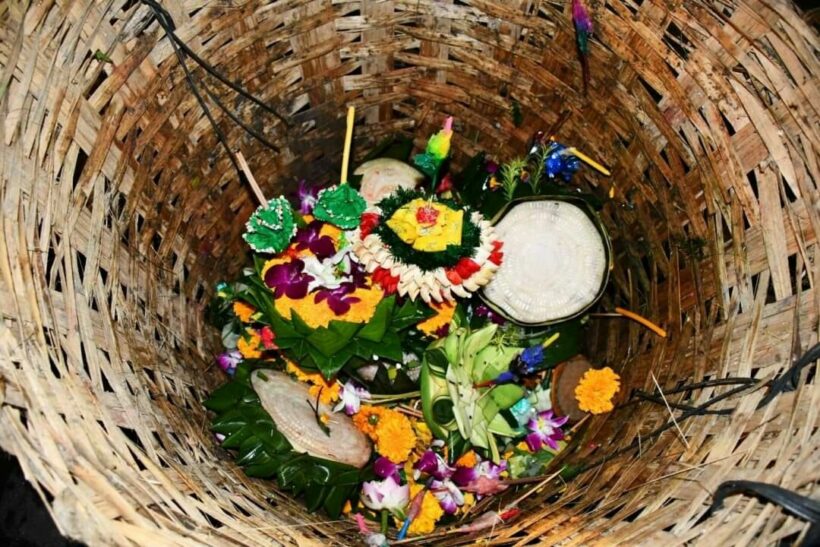 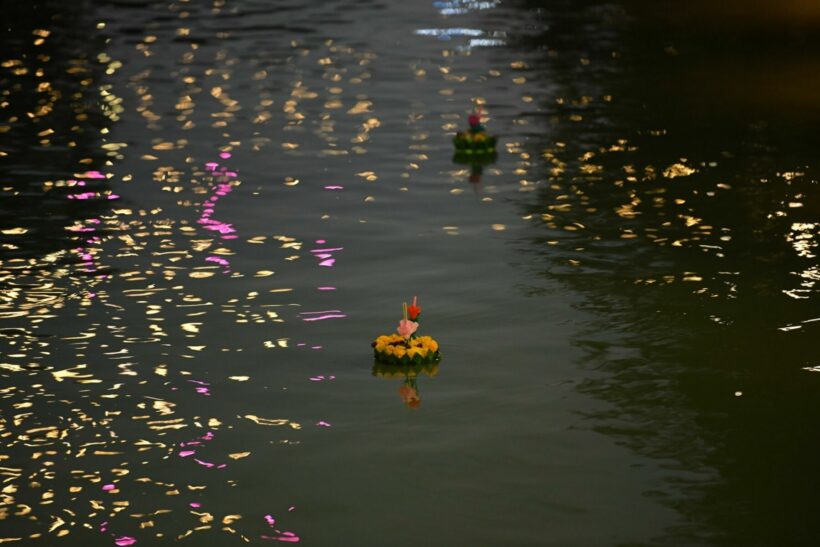 Jason
I can certainly understand the festival and it's history...but in times past, krathongs would have been made with all natural and biodegradable parts. Perhaps it is time for a return to traditional methods. Styrofoam and plastics really need to be…

Dedinbed
1 hour ago, Thaiger said: The Loy Krathong festival is a known as a popular tradition where Thais pray to the water goddess who has answered in abundance this yr .. What happened to the virtual ceremony that they wanted…