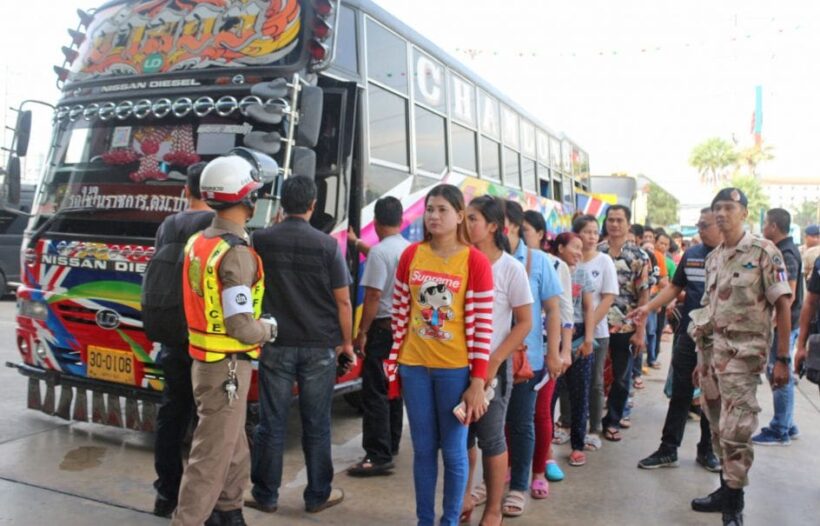 “Since 2015, there have been over 3,500 arranged marriages, allowing the men to stay and work in Thailand, the report said.”

Acting Immigration Police chief Pol Maj-General Surachate Hakpal has led some 1,000 officers to 25 locations in Pathum Thani’s Klong Luang district. It’s part of his concerted push to round up 7,000 illegal foreigners before the end of the month.

The Nation reports that Surachate says authorities are seeking foreigners living unlawfully in the Kingdom, as well as drug and arms suspects.

They tracked down 1,000 foreigners in Klong Luang.

Surachate says yesterday’s “X-Ray Outlaw Foreigners” operation was part of the government’s policy for the Army, police and administrators to crack down on transnational criminals across the country. The crackdown is specifically focused on foreigners who do not have documents, those who have overstayed or are engaged in wrongdoing, he said.

Meanwhile, officials from Krabi Immigration Office have been cracking down on illegal foreigners in Ao Nang and Phi Phi Island all this month.

“So far this month, we have arrested 113 foreigners, namely 28 for overstaying their visa, four for entering the country illegally, one in relation to narcotics, three foreigners who are wanted in other countries, 10 illegal workers and 67 for other misdemeanours,” Krabi Immigration chief Colonel Supparueak Pankomon said.

With the crackdown on illegal foreigners in full swing, the Thai News Agency published a scoop on October 18 about marriages of convenience between South Asian men and Thai women. The report said since 2015, there have been over 3,500 such marriages, allowing the men to stay and work in Thailand, the report said.

This tactic is believed to be popular in Bangkok’s Pahurat area, where many Indians stay and work, the agency said. Many poor Thai women are allegedly given 3,000 baht in exchange for copies of their national IDs and household registration papers, which are then used to arrange marriage certificates tying them to foreign men.

The report added that many of these women were unable to end these marriages, which then had an adverse effect on their lives. This has led to the Office of Public Sector Anti-Corruption Commission launching an investigation, as many of these cases allegedly involved state officials.

So far, 600 such cases have been found in Nong Bua Lamphu’s Nong Sang district, nearly 1,000 cases in Nakhon Pathom’s Sam Phran and Bang Len districts and some 2,000 cases in Saraburi province, the agency reported. 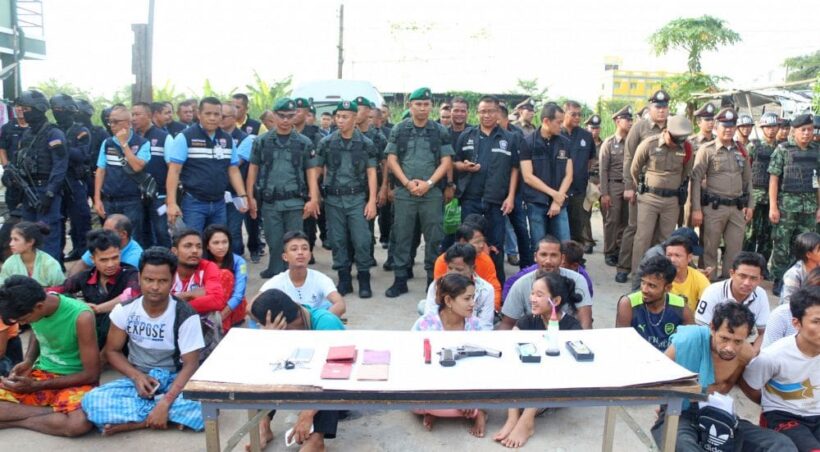