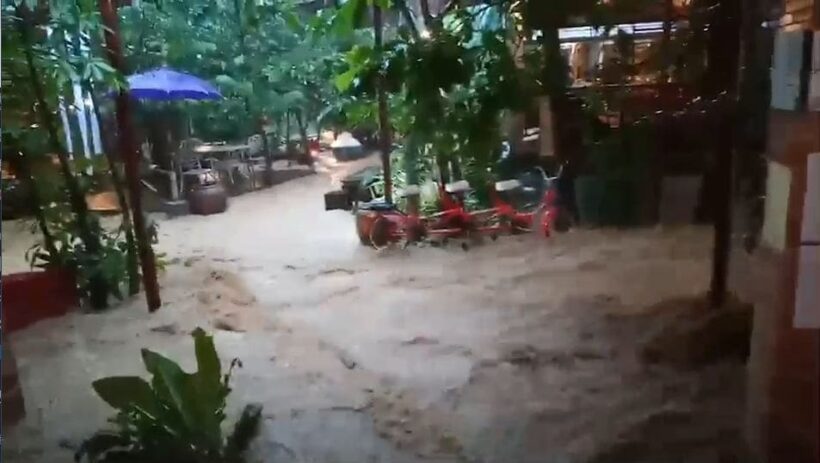 A flash flood yesterday has damaged a restaurant in Ao Nang.

50 year old Pohntip Aengchuan, the owner of the restaurant, says “the incident happened at about 4pm at my restaurant after heavy rain continued for more than one hour. The flash floodwaters were coming from the opposite side of the road and flooded her restaurant as well.”

“Staff members were trying to move items in the restaurant but it was too late as the water flow was very strong. This heavy flash flooding has never happened before in the past two years. It took more than one hour before the water started to subside. Luckily there were no injuries.”

“Rescue workers and soldiers are helping us after the incident. We have had to temporarily close the restaurant whilst we clean up and repair things.”

18 month girl dies after falling into grease trap in Krabi