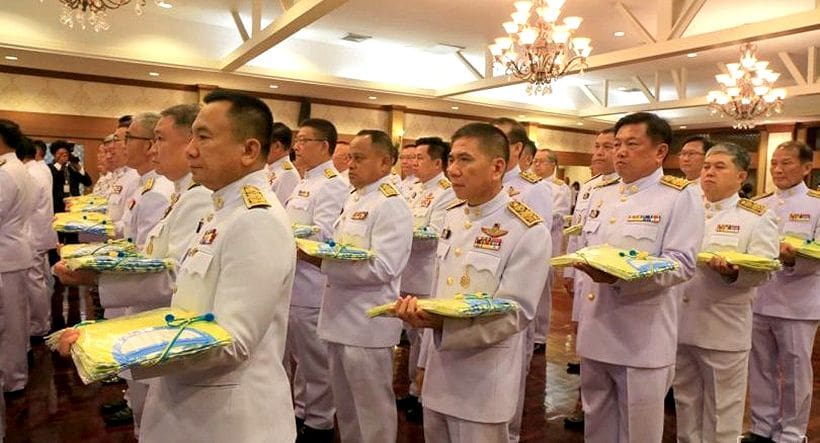 His Majesty the King had his secretary, Air Chief Marshal Sathitpong Sukwimol, formally presented royally decorated shirts to be distributed among participants in the “Un Ai Rak: Bike for Love and Warmth” bicycle tour that the King will lead on December 9.

The Supreme Commander of the Royal Thai Armed Forces and the governors of 76 provinces were given the shirts this morning at the Royal Household Bureau in Bangkok.

Bicycle rallies will be held simultaneously around the country, with His Majesty leading the main 39-kilometre ride from the Royal Plaza in Bangkok to Lat Pho Park in Samut Prakan’s Phra Pradaeng district and back again.

The rallies officially open the second annual winter festival being hosted in the Royal Plaza of Dusit Palace and Sanam Suea Pa through January 19.

The bike rally participants can collect their shirts – which bear a cartoon family drawn by the King – on December 1 and 2 from 8am to 4pm at Supachalasai Stadium in Bangkok and city halls upcountry.

According to the Interior Ministry, Nakhon Ratchasima in the Northeast has the most participants registered so far, with 25,517, followed by Udon Thani (21,058) and Sakhon Nakhon (18,751).

The number of participants in the three southern border provinces has already exceeded the target of 5,000. Narathiwat has signed up 7,306 riders, Yala 9,946 and Pattani 6,180.

Information about the Phuket event HERE. 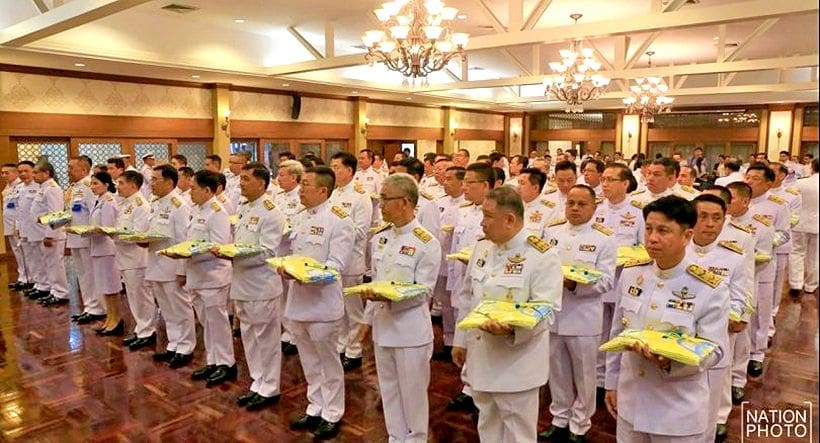