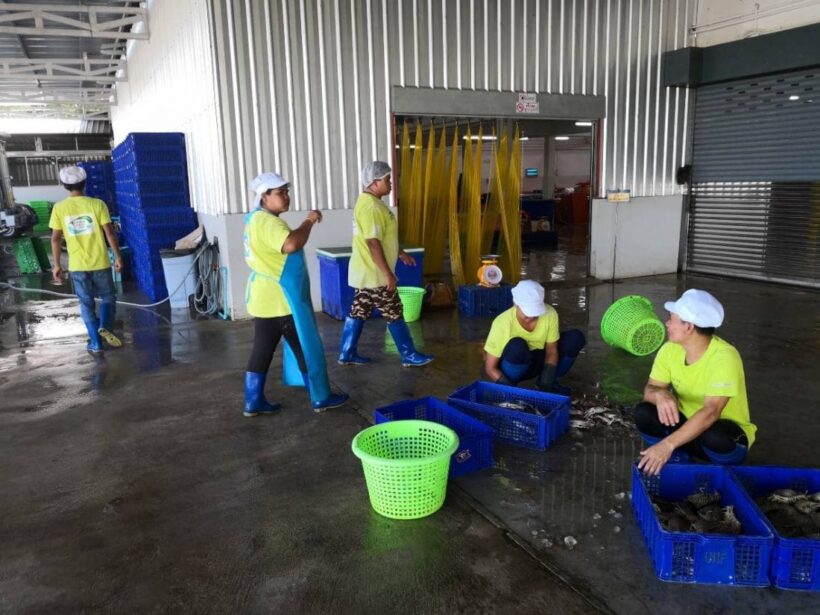 Officials today have inspected a seafood processing factory in Rassada. A factory manager has been arrested over illegally operating a seafood factory.

The Phuket PR Office reported that officials from the Phuket Fisheries Office as well as the Phuket City Police this morning inspected a seafood processing factory in the Rassada area. The factory was quite extensive and appeared to have more than 40 staff.

47 year old Anan Taeboonyanupap, the manager of Phuket Union Food Company, was arrested. He is to face charged of illegal operating a seafood factory operation. Anan was arrested and taken to the Phuket City Police Station.

The punishment for non-compliance with the Fisheries Royal Act is 1,000-100,000 baht fine.

Thousands of Phuketians sign up for ‘Bike Un Ai Rak’