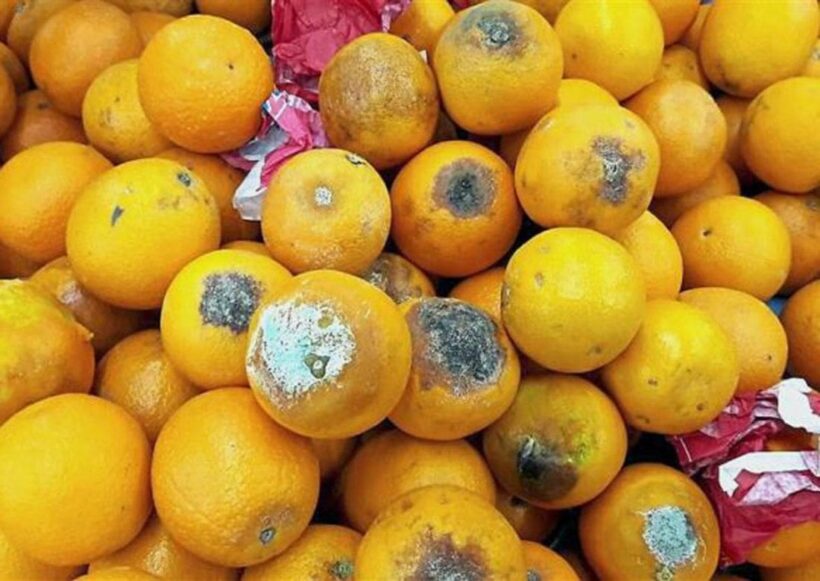 A Pathum Thani fruit vendor has been arrested today shortly after she allegedly shot and killed a customer who complained of “rotten oranges” at her market store, just north of Bangkok.

Klong Luang police were alerted to the shooting at 8am inside the Iyara Market in Pathum Thani’s Klong Luang district.

Police say 30 year old Saranya Saksaeng was shot once on the chest and three times on the abdomen. She was rushed to Thammasat University’s hospital where she died.

The fruit vendor, 38 year old Tip Raseemuang, was arrested at her shop and a .38 revolver was found on her with four spent ammunition shells.

Tip said she shot the customer out of anger because she accused her of selling rotten oranges. She said she became angry after Saranya threw oranges that she bought in front of the shop and hurled abuse at her.

Tip said she lost her temper and pulled out her revolver from the drawer of her desk and shot Saranya. She waited for police at the scene.