The Thai government says bars are closed, and will be until mid-January, but if you look hard enough you’ll find many are open… and packed.

Over the weekend, the entrance to Bangkok’s notorious Khao San Road was blocked with a Covid-19 checkpoint. To get on the street to party, people needed to show proof of vaccination or test negative for Covid-19.

An ambulance was parked at the entrance and medical staff in personal protective gear quickly administered rapid antigen tests, sticking swabs up partygoers’ noses before allowing them onto the street. Dozens of people were lined up. (Some people also found another way to get on the street.) 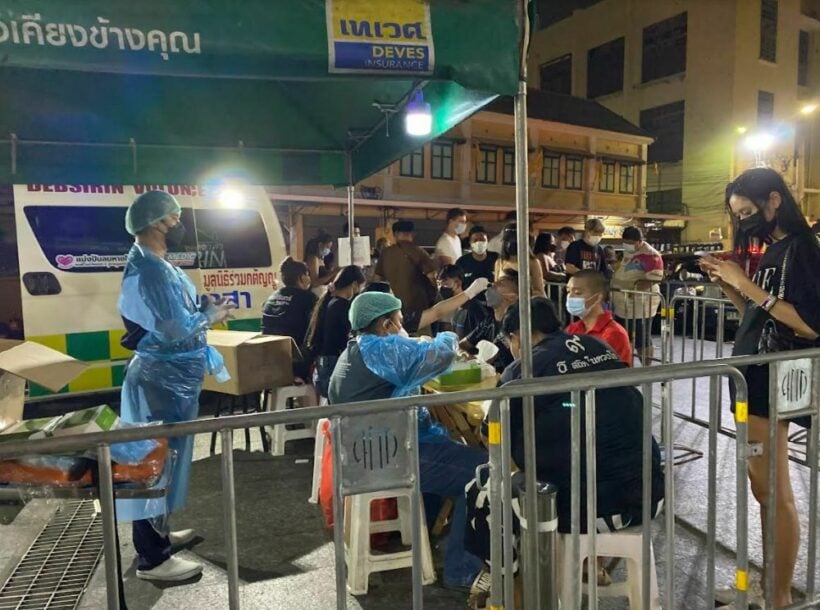 Before the pandemic, Khao San Road was known as a backpacker’s mecca. The nightlife scene was packed with party hostels and grungy bars with strong drinks and balloons filled with laughing gas. Now, after more than a year and a half without foreign tourists, the bars on the street are focusing on drawing in Thai customers. The nightlife scene is still wild with stiff drinks… and balloons.

Nationwide, bars and nightclubs are supposed to be closed. Following its general meeting chaired by PM Prayut Chan-o-cha on Friday, the CCSA announced that the reopening of entertainment venues will be pushed to January 15.

Alcohol sales at restaurants are allowed in Bangkok until 9pm under an order set by the Bangkok Metropolitan Administration. Once the clock struck nine on Saturday, bars on Khao San Road quickly turned off music and customers from various bars crowded the street as police drove their pickup trucks down Khao San to do a “check” and do a photoshoot.

Around 20 to 30 officers lined up for a photoshoot outside the empty Mulligan’s bar. What the cameras didn’t catch was the crowds of people around them. As partygoers stood close together on the street, some with drinks in hand, police spoke into a megaphone, reminding everyone to wear masks and social distance because Covid-19 is still spreading in Thailand. After the warning, bars turned the music back on and bartenders went back to pouring drinks… lots of drinks.

The Bangkok Post reports that more “restaurants and eateries” in Bangkok will be allowed to serve alcohol, if they are certified under “Thai Stop Covid Plus.” Businesses under this certification must meet hygienic safety requirements and regularly test employees for Covid-19. The Bangkok Post spoke with the president Khao San Association president saying “most businesses have put in place Covid-19 control measures that are on par with Thai Covid Plus, even before they were mandated by the government.”

Some bars on Khao San Road have hand sanitiser and temperature checkpoints, but that doesn’t mean they’re being used. And people clearly aren’t social distancing or wearing masks, so when it comes to these “Covid-19 control measures,” it’s unclear what exactly that means.

Khao San Road isn’t the only place where you’ll be able to go out for drinks in Bangkok. Other bars in the city are serving beer and cocktails in paper cups in a not-so-discreet effort to be discreet. 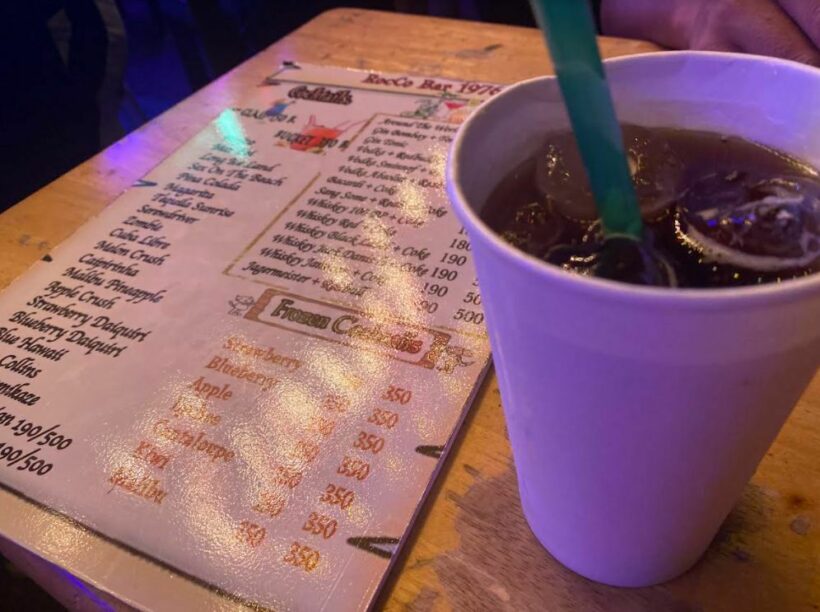 palooka
8 hours ago, Manu said: Your comment obviously implies that ALL thais believe that and ONLY thais believe that. Obviously you have a problem reading "Sadly a common belief amongst Thais." this in no way implies ALL. Common belief of…
Bangkok_Gary
"... notorious Khao San Road ..." notorious ? LOL. What is notorious about it ?
HiuMak
double standard
LoongFred
On 11/16/2021 at 2:22 AM, RampantRabbit said: Closely followed by EV's What is EV'S?

A guide to renting a motorbike in Thailand