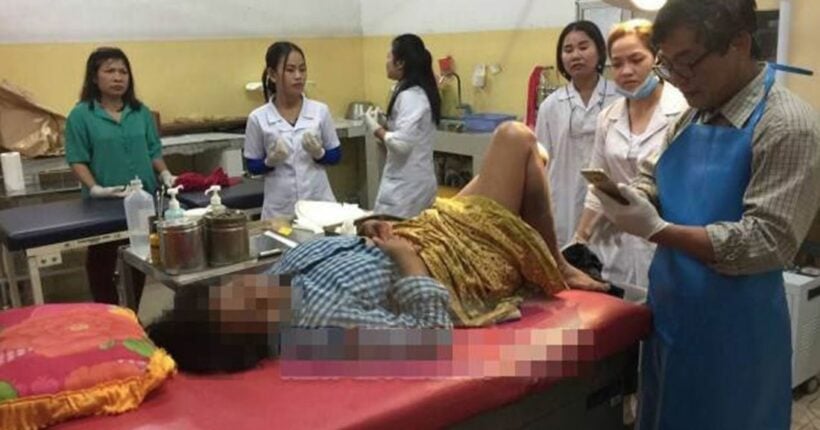 A 51 year old Thai woman was recently sent to hospital complaining of vaginal pain because she had a cucumber stuck in her ‘lady parts’.

She told hospital staff that she ‘fell’ on the cucumber. She says she fell down in her house and a cucumber just happened to be on the spot she fell and it “simply slipped inside her”.

“It was just an accident.”

The story was reported on Thai TV by two perfectly straight-faced reporters.

They reported that the hospital staff didn’t believe her story but helped rescue the cucumber and relieve the woman of her apparently unplanned discomfort.

The woman is from Bangkok and the name of the hospital wasn’t disclosed. You can bet that there will be a few unauthorised pics and videos going around the Thai internet today.

The story was also reported in Singapore Uncensored so it must be true.

We don’t have any current reports about what happened to the cucumber.