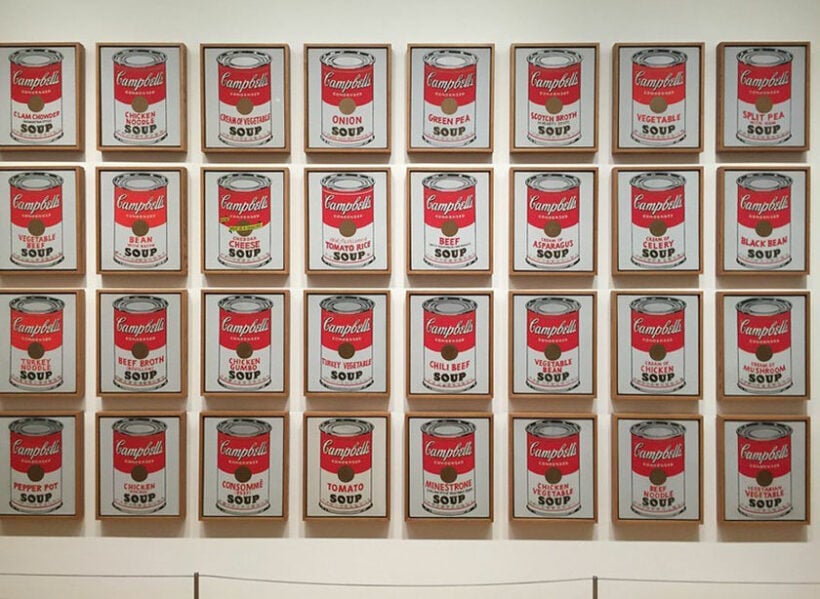 Bangkok is hosting Thailand’s first exhibition of original art from renowned pop artist, Andy Warhol, who would have turned 92 this month. The exhibition will include one of his most famous creations, Campbell’s Soup Cans, with a total of 128 pieces going on show.

A report in Thai PBS World says the exhibition, which has taken 2 years to plan, will take place at River City Bangkok. The artworks come from the private collection of Gianfranco Rosini, with the exhibition set to be one of the year’s most eagerly anticipated, despite the challenges posed by Covid-19.

Andy Warhol was renowned for using everyday items in his artwork, such as Coca-Cola bottles, and using methods such as silk screening in order to produce greater numbers of a piece. His choice of Coca-Cola was intended to represent equality in society.

“We have brought this exhibition of original works to Thailand because we would like everyone, especially the young generation, who may not have the opportunity to see them overseas, to be inspired by the genius of Andy Warhol.”

Meanwhile, the US Ambassador to Thailand, Michael George DeSombre, says his favourite Warhol piece, which features in the exhibition, is a portrait of Arnold Schwarzenegger, as it depicts an immigrant who went on to become a world famous American.

The exhibition runs at River City Bangkok until November 24, 2020.