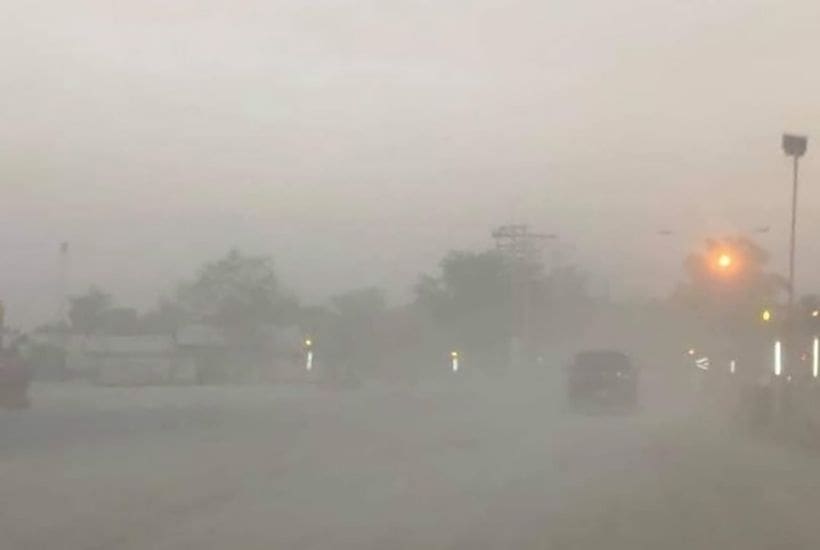 Bangkok and inner city suburbs continue to be covered in smog for the fifth straight day.

The Pollution Control Department (PCD) reported that the amount of particulate matter smaller than 2.5 microns (PM2.5) in 19 roadside areas exceeded the safety limit of 50 micrograms per cubic metre, while nine other places had levels that could negatively impact health.

The BMA Governor Pol General Aswin Kwanmuang meanwhile says that city authorities continued to undertake measures to reduce dust particles. He said all the 50 district offices had dispatched workers to spray water and wash roads at risky spots, including the area in front of Din Daeng Police Station, which is among the worst-hit.

The PCD said weather conditions and lack of winds had partially contributed to the surge of dust.

The PCD warned that the air quality may continue to pose a threat to public health into Tuesday and is urging people to stay indoors or wear N95-rated face masks if they go out (not the cheap facemarks you buy at pharmacies which will do next to nothing).

He said city workers would keep implementing the measure until the dust particle levels returned to the safe limits.