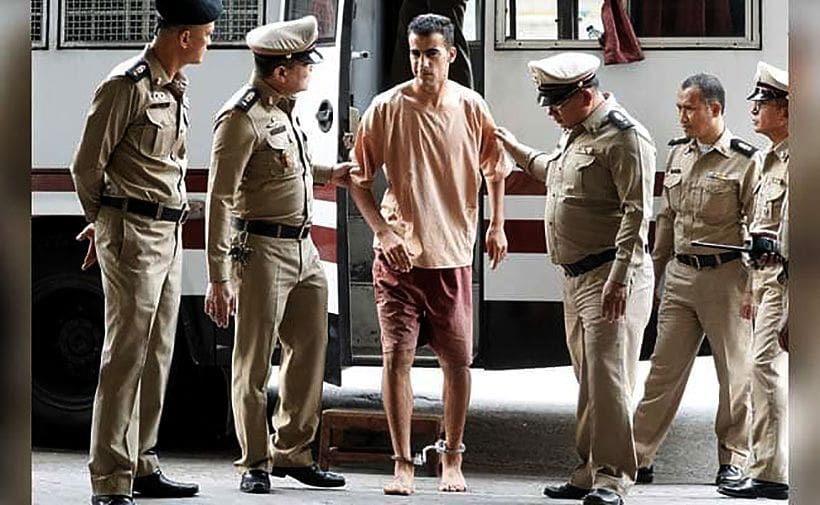 “The actions of the Bahraini Government have put Thailand in a very difficult position.”

Australia officials are repeating their call that ex-Bahraini national footballer Hakeem al-Araibi, who is now facing a lengthy extradition process after an appearance in a Bangkok court yesterday, be returned to Australia immediately. They say that he is a legal refugee and a permanent resident of Australia.

“The Bahraini government knew very well that al-Araibi had lived in Australia since 2014,” Canberra officials say in a statement issued on behalf of the Australian ambassador to Thailand.

“During these four years, the Bahraini Government did not attempt to ask Australia about Hakeem at all or to request to send him back to Bahrain,” the statement said.

“However, as soon as Hakeem and his wife travelled to Thailand for their honeymoon, the Bahraini government expedited its coordination with the Thai government to have Hakeem arrested and commence extradition proceedings immediately.”

“The actions of the Bahraini Government have put Thailand in a very difficult position. In particular, during what is an important year for the people and country of Thailand.”

The statement was delivered to the media at the Criminal Court in Bangkok, where al-Araibi was facing extradition proceedings.

“Hakeem is a loved football player for Pascoe Vale FC and has football fans across the country. We hope that Hakeem will be able to go back to be with his family and his wife in the coming days.”

Al-Araibi has been in custody since November following Bahrain’s extradition request. He arrived to court yesterday in chains and prison garb and pleaded with reporters and football officials to help secure his freedom.

He was detained in November at Suvarnabhumi Airport in Bangkok en route to Australia after making a personal trip with his wife.

Thai police arrested him at the request of the Bahraini government, which had accused him of alleged involvement in a criminal offence in his home country in 2014, and had warrants issued for his arrest. Al-Araibi was given asylum in Australia in 2017 after fleeing his home country.

The Criminal Court has agreed to consider the extradition request for him to face trial in Bahrain, but the process will be a lengthy one.

Facemasks on sacred statues gets BKK photographer into hot water