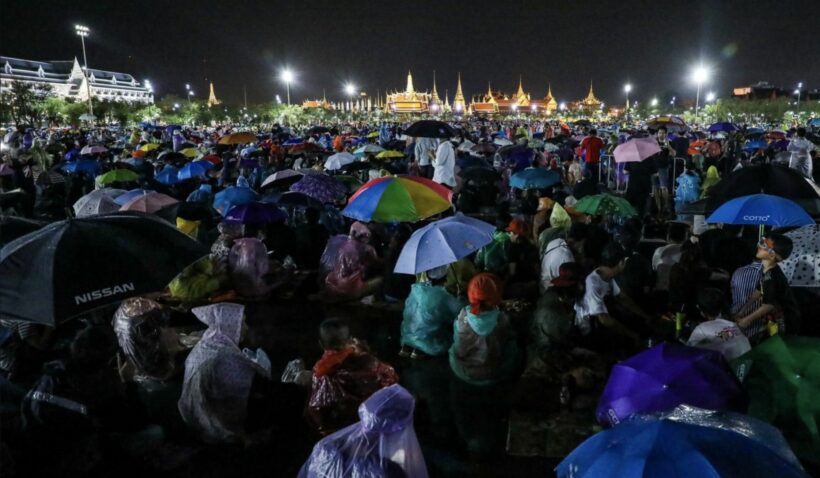 And there it was, in full sight of the Grand Palace and shouted out across the royal parade grounds of Sanam Luang, a call to reform Thailand’s monarchy and the powers of the monarch.

The protests, which started yesterday in the grounds of Thammasat University’s Tha Prachan Campus, will continue today with a number of symbolic gestures to claim a new era of democracy and reform in Thailand, beset for almost a century with a cycle of military coups, calls for reform, new constitutions and elections – 13 in fact.

Around 25 – 30,000 people – the protesters enthusiastically claimed there were 50,000 – gathered around the university grounds to demand the most recent coup leader, and now Prime Minister, Prayut Chan-ocha to stand down and dissolve the parliament. Given the poor weather around Bangkok yesterday, the government may be thankful the weather wasn’t better, which would surely have attracted even more to the rally.

The rally, which started in drizzling wet-season rain, also attracted some familiar veterans from the “red-shirt” United Front for Democracy against Dictatorship, a pro-Thaksin political group. Although many of them are based in Thailand’s north east, they came to Bangkok to throw their support behind the student movement and the renewed calls for political reform.

One of the protest leaders, and human rights lawyer, Arnon Nampa, announced last night declared “the country belongs to the people, not the monarchy”.

“Today, the 2020 People’s Party has officially been formed at this people’s field”, he said according to Bangkok Post.

This morning the group embedded a symbolic brass plaque, using statements from the 1932 “Siam Revolution” that ended absolute monarchy and introduced a constitutional democracy. The original brass plaque, embedded in the Royal Plaza leading up to Government House, was removed mysteriously in 2017. No one from the government was able to explain what happened to it or where it ended up. 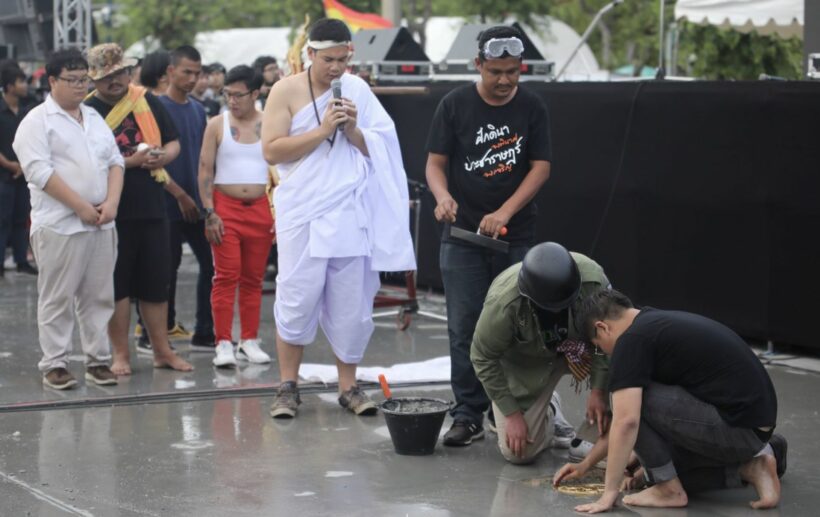 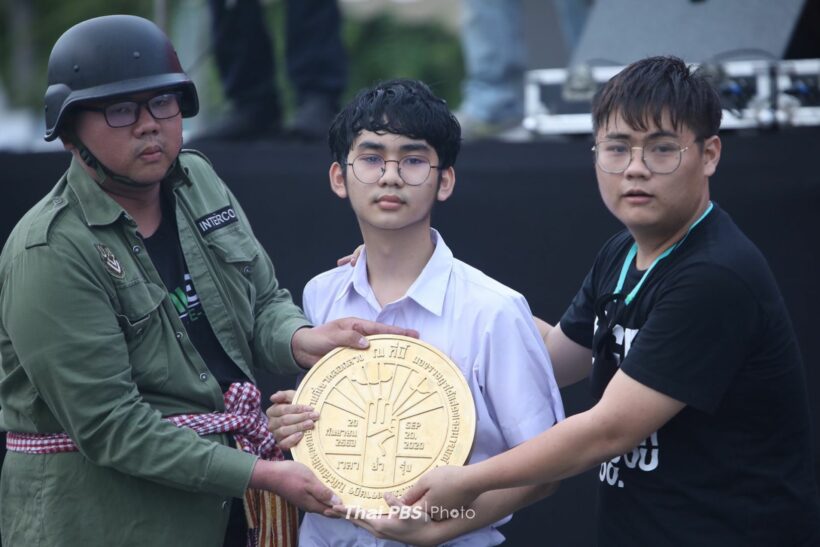 The protests, which started in the middle of July have broken a cultural taboo by commenting openly, even criticising, the Thai monarchy. This round of demonstrations is palpably different as it is grass roots, mostly younger, Thais, instead of aggrieved politicians.

Hi Majesty King Maha Vajiralongkorn is understood to not be in Thailand at this time and the Palace made no official comment about the protests or the content of the protesters’ demands.

No matter is there were 50,000 attendees, or just 18,000, as claimed by government security officials, it’s still the largest gathering of protesters since the May 2014 you when ‘Uncle Tu’ (Prayut) seized power and then ‘managed’ the March 2019  general election to install a pro-military and pro-monarchy coalition government, and himself as the country’s prime minister.

Protesters are marching to Government House this morning to continue to protest after many camped out overnight. Another of the prominent protest organisers, Parit “Penguin” Chiwarak, says today’s march would feature a “big surprise”.

Speakers at the protest criticised the king for his absence and for his personal behaviour, comments that until recently would not have been made in public. Some of the speeches were directly aimed at Thailand’s Head of State, comments that would have been unthinkable even a year ago.

“The people want a king who protects democracy, not one who betrays the people’s democracy.”

The setting of the yesterday’s date wasn’t by chance. It was the anniversary of another military coup against the populist elected prime minister Thaksin Shinawatra back in 2006. Although 2 decades of red-shirt/yellow shirt political protests has been mostly left out of this year’s round of protests, there were plenty of red-shirt (pro-Thaksin) protesters who turned up to give the students their support.

Up to now the protests have continued being mostly peaceful, if not occasionally boisterous, affair. But around 15 protest leaders have been identified and detained, then released, over their breaking of laws, mostly to do with the current ’emergency decree’ to curb the spread of Covid-19. None have been charged with the country’s draconian lese majeste laws which forbid criticism of the monarch or royal family. 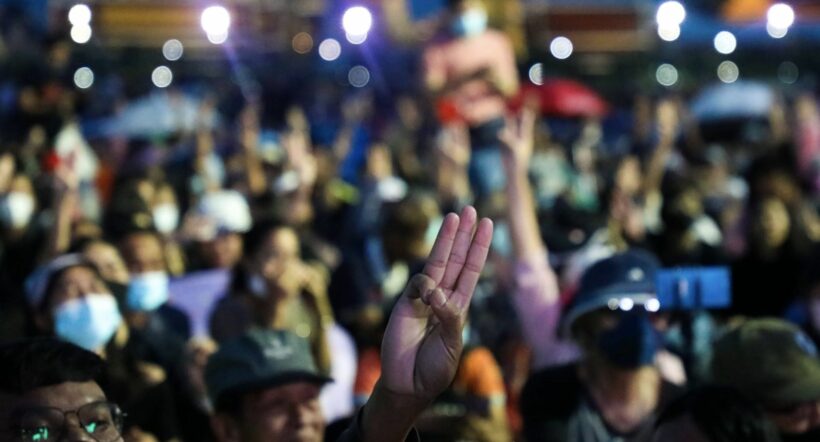