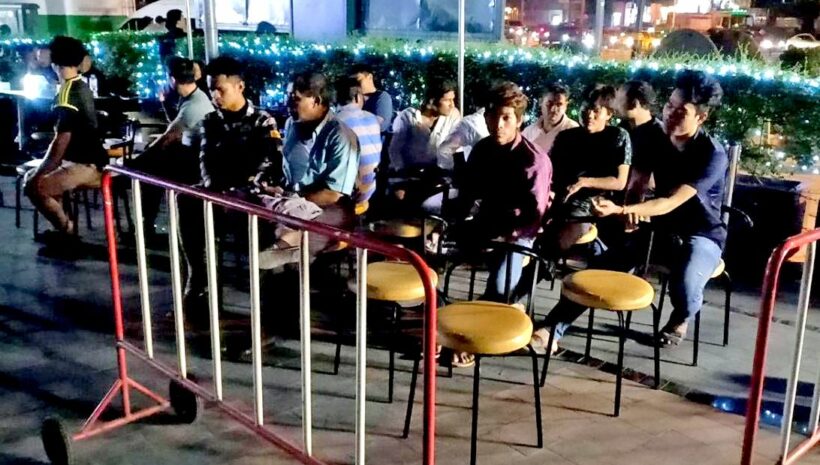 The round-ups continue and, despite the claim that there are no more illegal foreigners in Thailand, Immigration officials have found another 537 to arrest, process and deport.

Immigration police announced the latest toll after raids on 225 locations around the country targeting people living illegally in Thailand.

Another early morning media conference was held in central Bangkok at 1.45am to announce the results of the 27th Operation X-Ray Outlaw Foreigner.

A spokesperson says the latest arrests followed searches by immigration officials on 225 places frequented by foreigners, including language and normal schools.

He said 45 were charged with overstaying their visas, 284 with sneaking into Thailand without visas and 208 with staying or working in the Kingdom without informing the authorities of their residential addresses or work places.

So far 5,978 foreigners have been arrested as a result of 6,013 searches nationwide in 41 operations.

These searches were earlier named “Operation Black Eagles” because they focused on those from Africa, Nigeria, but have since been given the less provocative title of “Operation X-Ray Outlaw Foreigner”.

Thailand’s next football star may come from West Africa – VIDEO