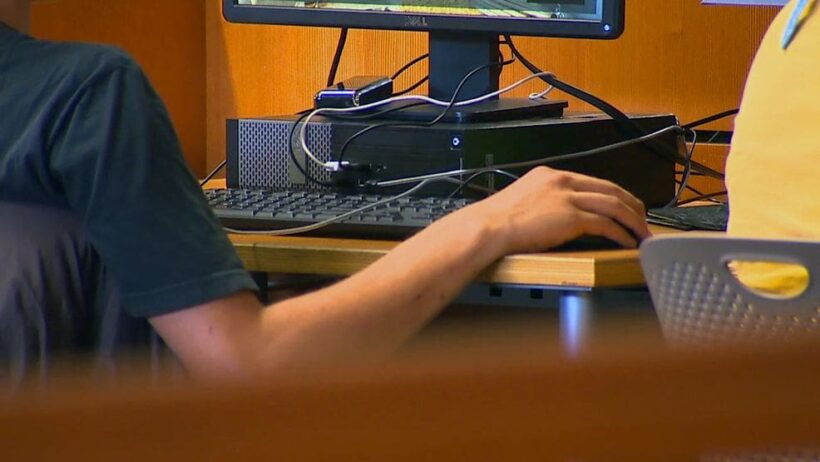 A young male university student has been arrested over charges of running a pornographic photo website in which paid members were given access to some 300,000 pictures of net idols and other celebrities.

Using VK, Line and Facebok the 17 year old (name withheld due to age) uploaded the pictures to the “Kodwarp” page which could then be accessed by users who paid a membership free.

Police arrived at his Bangkok home in Phra Nakhon district on December 11 and seized over 860 GB (roughly 300,000) images of adult content from his desktop and mobile phone.

The arrest was carried out by the Police Children and Women Protection Subdivision, who claim that the student confessed to having collected the explicit material from other websites.

The minor detailed how his free-access public pages and groups have over 30,000 followers, as well as having a separate ‘VIP’ group with over 1,000 paying members. He had been involved in the operation for over 3 months and managed to save over 500,000 baht, while also buying brand-name goods with his profits.

Pol Col Kirakit Juranapat, a superintendent for the subdivision, also shared stories about how the victims of the material in question have suffered from depression, stress, and some even tried to take their own life.

An investigation is now underway trying to find those responsible for taking the pictures and trace the ‘members’.