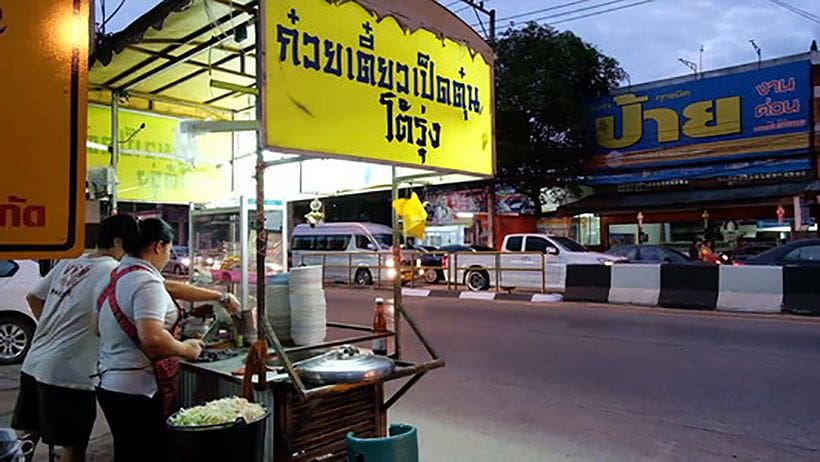 When people fire guns, the bullets that miss still end up somewhere. Like into the cooking pot of a surprised noodle seller in Chiang Mai!

The man selling noodles was working the late night shift on a road leading to Mae Rim, according to Manager Online. He had a very lucky escape after a bullet shell-casing hit a pot lid that he was holding at the time.

Police from the Chang Pheuak station had opened fire on a motorist who failed to stop at an alcohol checkpoint at 2 am on Tuesday. Natthawut, the younger brother of the noodle seller, jumped onto his Facebook page to take aim at the local police and their stray bullets.

Police contacted the pair later and claim that ‘all was settled amicably’.

“The police were just doing their job”, said Natthawut, according to the Manager Online article.

They agreed that the path of the bullet was not directed towards their noodle stand.

In other news, make sure you stop at police checkpoints!