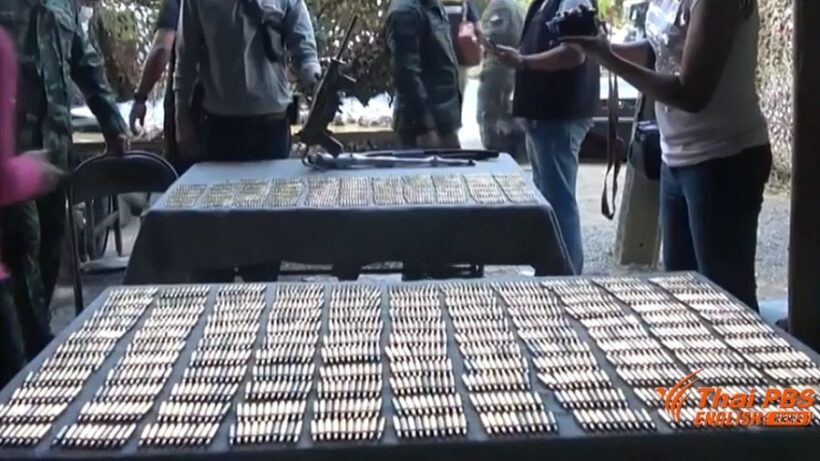 A 35 year old resident old has been arrested for being found in possession of a submachine gun and 4,500 rounds of ammunition. He was nabbed at a checkpoint in Satun.

Police thought he was behaving suspiciously so checked the back of his pick-up and discovered the cache of ammunition hidden in the spare tyre compartment. Along with the M3 submachine gun and ammunition they also found 10,000 baht cash.

They questioned the Songkhla resident and were unable to ascertain whether the weapon and ammunition were for his own crimes or to to sell to minority groups along the border. The man has been detained at the Kuan Kalong police station while police investigate the matter further.